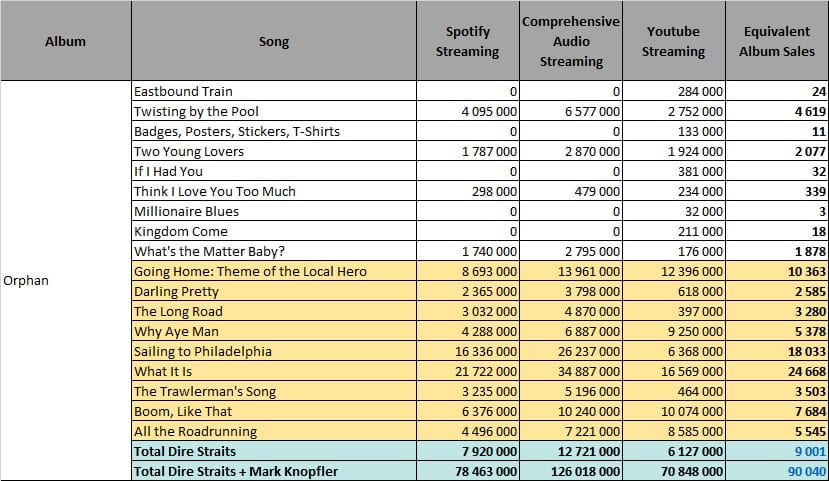 The discography of Dire Straits is really short. Their 6 studio albums include a mere 51 songs, but that is still almost everything they ever recorded. Their Orphan songs section is rather empty with only Twisting by the Pool making a tiny wave.

Lines in yellow refer to songs of Mark Knopfler which have been used into at least one product paired with Dire Straits material, most notably the 2005 compilation Private Investigations. They aren’t added to Dire Straits‘ total but since we collected them for calculation purpose, we added this information to the table too.