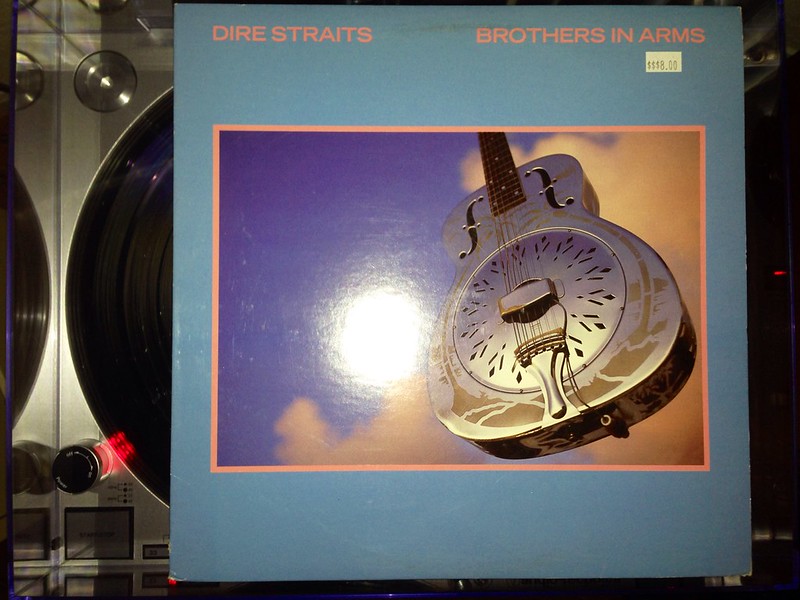 Studio albums of Dire Straits moved 71,7 million units collectively, a tremendous achievement with 6 LPs only. It is all the more impressive considering that the US resisted to most of these albums, just like Asian markets. I’m not even talking about the fact that the global market was facing tough years in mid-80s when the band was peaking.

How can they be so high with this context? Well, thanks to sensational success in all other areas like Europe, Brazil and Oceania. As an example, the band’s 6 studio albums sold 200,000 units on average in Switzerland, as much as Madonna‘s True Blue, her career-peak in this market. Brothers In Arms alone outsold the legendary diva’s albums Like A Virgin, True Blue and Like A Prayer combined, which shows how much the band dominated these years.

Their insane sales in some places along with their weak ones elsewhere conclude on truly weird spots. The band sold more albums in New-Zealand than in Japan. All their post-1988 releases combined, including compilations, sold more units in France than in the US.

This situation is the reason why I struggle a bit to point out their apparent consistency. While their weakest seller sold nearly 7 million units, a superb total, the consistency is kind of superficial. A better claim is that all their albums managed to make it big in at least one region.