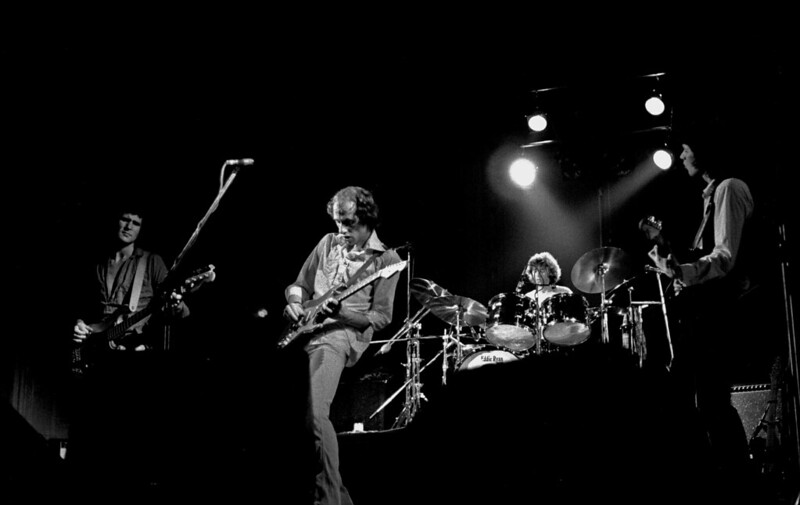 What was the sound of the Rock music scene from late 70s? Now that’s an interesting question. The Beatles installed the era which is now considered to be Classic Rock. During several years, all rock stars were following the same road. Some bands had harder sounds, others were softer, but the spirit and the roots of their songs were close.

This golden generation came to an abrupt end in 1974. Suddenly, there was no more Beatles and Simon & Garfunkel, the Rolling Stones were now failing to reach the Top 10 more often than not with their new singles, Jim Morrison, Jimi Hendrix and Janis Joplin had passed away and Brian Wilson was struggling with his demons more than ever.

From 1974 to 1977, nobody seemed able to take over the massive hole let by the departure of many. A few Rock albums conquered English-speaking countries like Fleetwood Mac‘s Rumours, Meat Loaf‘s Bat Out Of Hell and Boston‘s eponymous debut, but they haven’t break over most markets. During several years the only rock album which did wonders globally was the Eagles‘ Hotel California.

This absence of cross-over rock album was no coincidence. With emerging genres as diverse as disco, reggae and punk, tastes of the general public were always more complex. To satisfy everyone and to continue to grow Rock had to evolve and to incorporate these new elements.

The year 1978 can be regarded as the trigger of this new generation. Many bands debuted on that season, four of which were going to sell an immense amount of records during the next few years: Van Halen, Police, Toto and of course Dire Straits. These bands offered songs with more varied instrumentals than their predecessors while paving the way to the following generation, the Arena Rock years of U2, Bon Jovi and Guns N’ Roses. Among rookies of 1978 no band was studied at Chartmasters so far. It is time to fix this anomaly!

As usual, I’ll be using the Commensurate Sales to Popularity Concept in order to relevantly gauge their results. This concept will not only bring you sales information for all Dire Straits‘s albums, physical and download singles, as well as audio and video streaming, but it will also determine their true popularity. If you are not yet familiar with the CSPC method, the next page explains it with a short video. I fully recommend watching the video before getting into the sales figures. Of course, if you are a regular visitor feel free to skip the video and get into the figures.