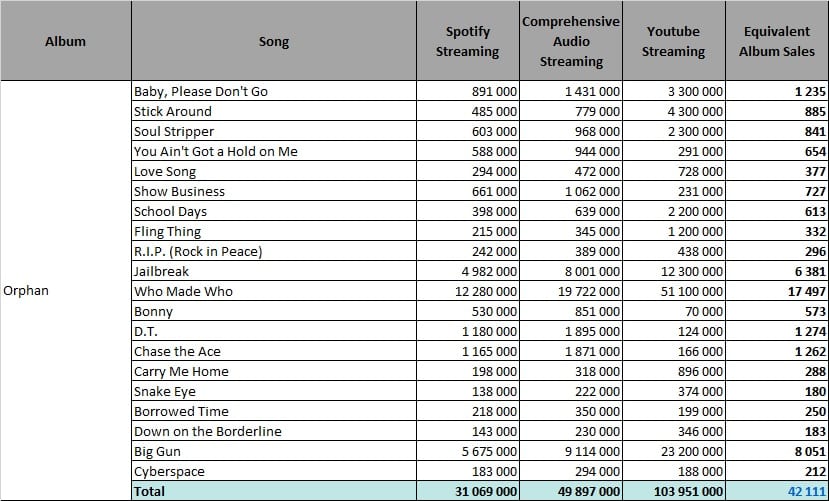 AC/DC never relied on orphan tracks, but among these early Aussie-only rarities and B-sides now available on Backtracks, three tracks stand out. Two of them are from soundtracks. Who Made Who from the aforementioned Stephen King flick is well over 12 million Spotify streams, and with 17,500 EAS, easily their most streamed song of the mid 80’s. Big Gun from the 1993 Arnold Schwarzenegger movie The Last Action Hero is approaching 6 million on Spotify. Jailbreak was first released on the Australian Dirty Deeds Done Dirt Cheap LP and as a UK non-album single in 1976. In 1984 it was made available worldwide as part of the ’74 Jailbreak EP. With 5 million plays on Spotify, Jailbreak is still a fan favourite. However, the rest, including their first Australian top 20 hit Baby, Please Don’t Go, are largely forgotten.