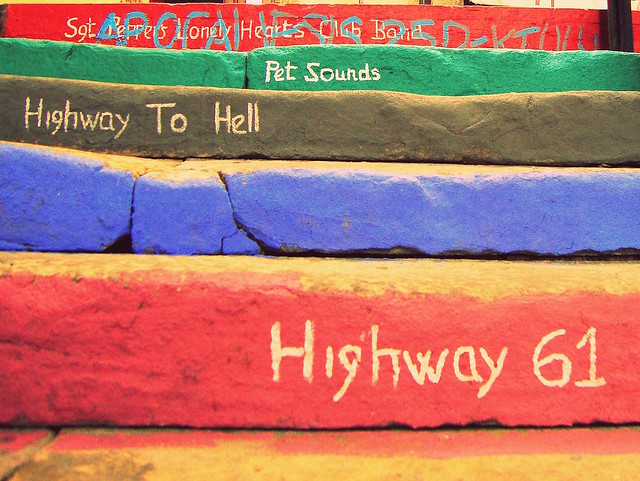 Unsurprisingly, Back in Black stands head and shoulders above the rest of their studio albums. At 35,81 million regular album sales it has almost equaled the combined sales of their 2nd, 3rd and 4th biggest albums!

Although they’ve had their share of ups and downs, there’s more to AC/DC than making one of the biggest selling albums ever. Highway to Hell sold an impressive 15,15 million and 3 other albums top the 10 million mark. In fact, over their 40 year long career ALL their full length studio albums, including so called flops and recent releases, have sold more than 3 million copies each! In total: 123,47m spread over 15 studio albums!

One of the reasons their entire catalog continues to sell so well is the absence of any Greatest Hits albums. They never released any.  Thus leaving consumers no choice but to dig into their vast catalog. That said, AC/DC have released a number of live albums and soundtracks, which over the years have somewhat filled the void left by the missing compilation. We’ll get on to those albums later though.

It should be noted that their international debut release High Voltage is a compilation album consisting of tracks from their first two Australian only albums High Voltage and T.N.T. Also Dirty Deeds Done Dirt Cheap was initially rejected by their American record company only to be released in the wake of Back in Black, causing it to hit #3 on Billboard.

This website uses cookies to improve your experience while you navigate through the website. Out of these cookies, the cookies that are categorized as necessary are stored on your browser as they are as essential for the working of basic functionalities of the website. We also use third-party cookies that help us analyze and understand how you use this website. These cookies will be stored in your browser only with your consent. You also have the option to opt-out of these cookies. But opting out of some of these cookies may have an effect on your browsing experience.
Necessary Always Enabled
Necessary cookies are absolutely essential for the website to function properly. This category only includes cookies that ensures basic functionalities and security features of the website. These cookies do not store any personal information.
SAVE & ACCEPT
wpDiscuz
83
0
Would love your thoughts, please comment.x
()
x
| Reply