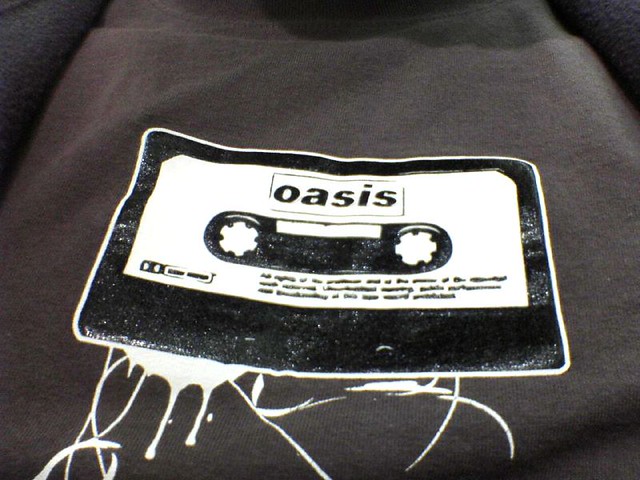 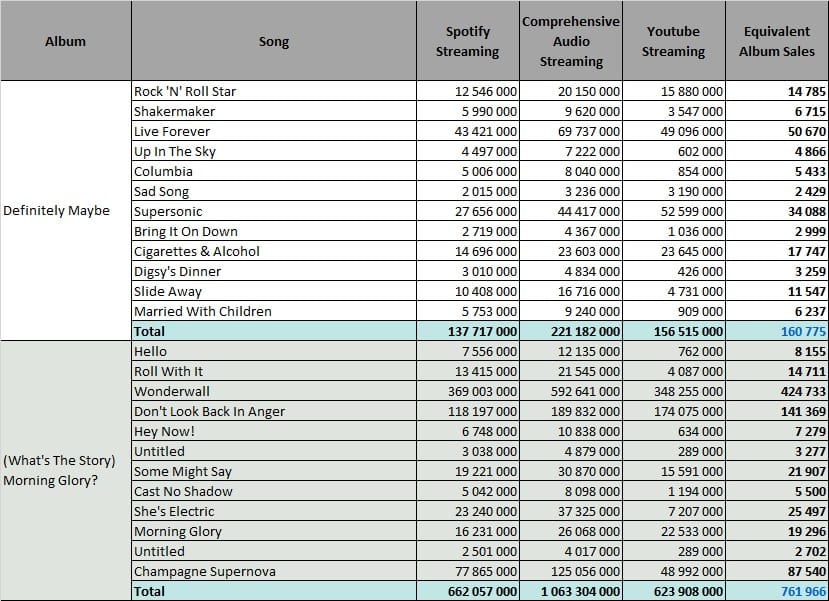 Definitely Maybe has a consistent and great streaming record. All its tracks are over 2 million streams on Spotify and five of them crack 10 million. Youtube views are similar, bringing the overall equivalent album sales to 161,000 units.

If numbers of Definitely Maybe are very good, those of (What’s the Story) Morning Glory? are on a different level. Its main driving force is Wonderwall. This track has outstanding numbers with nearly 350 million streams on YouTube and even more on Spotify where it is quite simply the biggest pre-2000 of all time, easily topping the likes of Nirvana‘s Smells Like Teen Spirit, Journey‘s Don’t Stop Believin‘ and Michael Jackson‘s Billie Jean.

Don’t Look Back in Anger is a massive runner up too with 118 million streams on Spotify while Champagne Supernova comes third at 78 million. Four more songs are inside the 13-23 million range while all album tracks top 2,5 million. Its comprehensive total is 762,000 equivalent album sales from streams, a tremendous result.