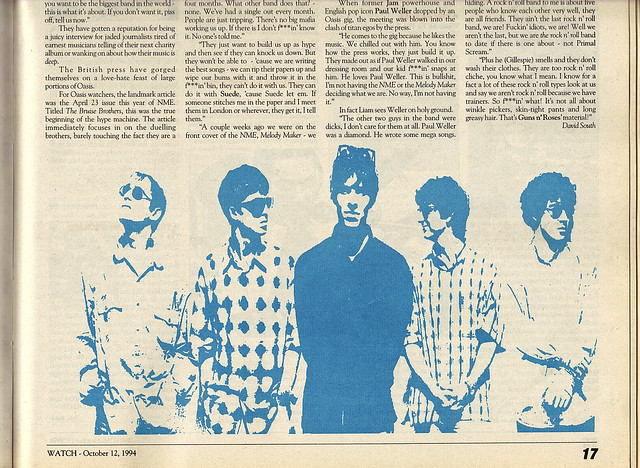 Digital sales from Definitely Maybe‘s tracks appear to be somewhat average. Although tt contains two half a million sellers with Supersonic and Live Forever. The big numbers are once again to be seen inside the results of Morning Glory.

Their signature song is Wonderwall. At nearly 6 million this song is a phenomenal catalog seller. Half of these sales are made up of US downloads which proves the track remains a hot favorite there. Don’t Look Back in Anger would be the flagship of many bands with its 2,5 million sales. Surprisingly, this song is their most popular tune in most Asian countries, Japan included. It was Platinum there for 250,000 units sold this year and did even better in South Korea.

A radio smash back in the day in spite of never being released as a proper single, the popularity of Champagne Supernova remains strong. This track has now sold 1,5 million downloads and ringtones. As many as 7 more songs from Morning Glory have relevant sales, it builds a total of 11,4 million sales from this era in digital format.

Songs from Be Here Now are nowhere near as popular nowadays, although they top 1 million combined. The era Standing on the Shoulder of Giants is mostly forgotten.