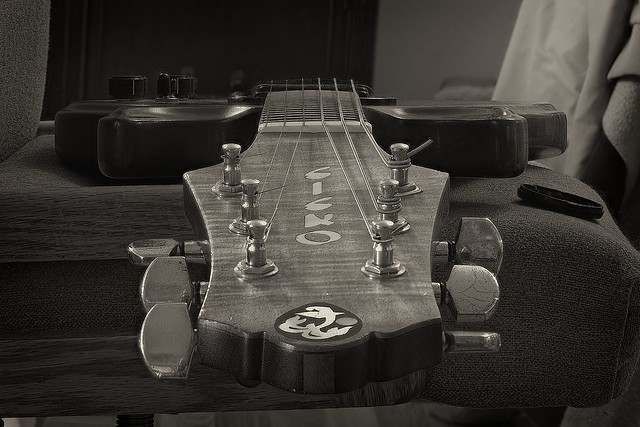 Definitely Maybe was a solid debut with more than 2 million sales prior to the release of Morning Glory. This sophomore effort put the band on a roll. Issued in October 1995, Morning Glory was up to 5 million sales by January 1996, 7 million by March and topped 10 million before the end of that year. This immense surge pushed catalog sales of its predecessor too and by March 1998 their first two albums had sold 18 million cumulatively.

This success led Be Here Now to record breaking sales when it debuted in August 1997. In the UK its first week, which was only 3 days, saw 663,389 sales be registered, the highest debut ever up to that point. Here is the interesting fact though: after the massive splash the album failed to have continuity, ending its road at 7,4 million units to date, almost the same number as units shipped upon release. We must then ponder how to regard this album. Is it a success because it sold 7 million copies or a flop because it completely destroyed the momentum of the band?

Oasis‘ 1997 situation is fairly close to what Taylor Swift is facing today. Both artists were / are ridiculously popular in their own country and both had their global sales questioned in spite of great sales (only because of the misguided comparison with their local sales). Be Here Now and Reputation debuted in their respective country with record breaking sales. Both were the top sellers of their year of release on the back of their fan base alone. Both had a #1 lead single that failed to be consistent. Both dropped fairly quickly. Although Swift has had a fan base established for a while, she is warned, she better get a hit soon if she wants to remain a A-League event.

Back to Oasis, their 2000s albums sold around 2 million each. At least they managed to remain consistent, although these figures are nowhere near good enough to claim to be a major global band, especially back in 2000 when the market was at its best.

In total Oasis sold 41 million units of their 7 studio albums combined, including 43% from Morning Glory alone.

This 1995 album sold over 5 million in the US. This is huge. It is impossible to argue the band never broke the main audience there considering this figure. Morning Glory is responsible for 63% of their US studio album sales though. Plus, the remaining two decent sellers sold half of their copies thanks to Morning Glory. In other words, if Oasis definitely cracked the US market, they were a one-album wonder there.

Were they mostly a local band then? Certainly not. While the band was undoubtedly much more consistent throughout their career in the UK than in the US, they remained a force up to their disbanding in several markets like Japan, Brazil and Italy.