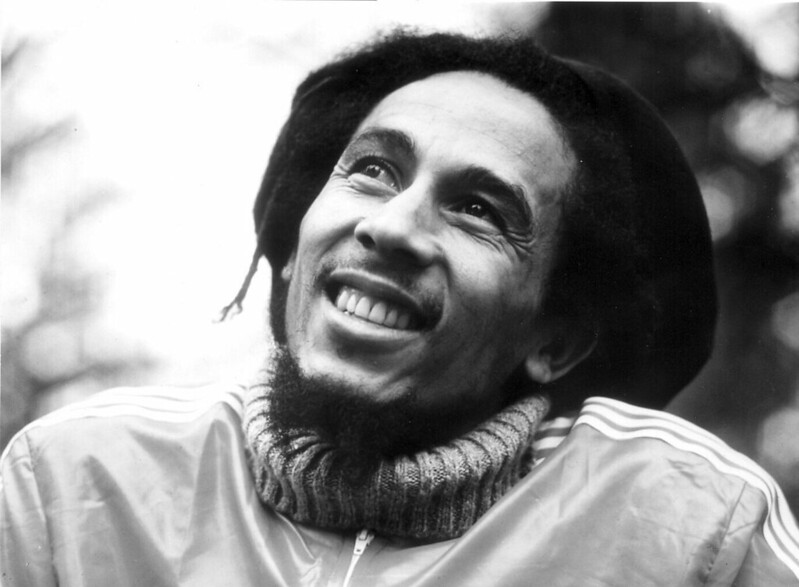 In an era in which everybody who achieves 15 minutes of fame is labelled a “Legend!!!” – like comments by some, we may wonder which word would fit well someone of the stature of Bob Marley. The utterly iconic Reggae singer crossed over cultures, boundaries and generations to become way more than a simple singer. He is one of the World’s main flagships of love, peace and respect. More than 36 years after his death Marley‘s face remains widely known in every corner of the globe.

The symbolism of his persona reached such heights that he is more often compared to Gandhi, Ernesto Guevara, Nelson Mandela and Mother Teresa rather than Elvis Presley, Phil Collins, Elton John and Rod Stewart. The first four icons never sold a record. It raises a real question: while there is no doubt about his immense popularity beyond the music scene, has Marley really been as popular as a singer?

His records which include Exodus and Kaya are never mentioned among the best selling albums ever. If you add together his #1 hits in the US, the UK, France, Germany, Japan, the Netherlands, Australia, Sweden, Austria, Switzerland, Norway, Finland and Belgium, you get the total of zero. I mention #1 hits, in reality Marley‘s songs never made the US Hot 100 top 50. Maybe he was an album seller instead? In the UK and Germany, his studio outputs never made the Top 3. In the US, Rastaman Vibration was his only Top 10 LP by going to #8.

Songs like No Woman No Cry, Could You Be Loved, Three Little Birds or Is This Love? seem widely popular though. Where is the truth then? How popular really is Marley and his catalog? Which songs are the most remembered to this day? How do his albums perform against their contemporary competitors?

As usual, I’ll be using the Commensurate Sales to Popularity Concept in order to relevantly gauge his results. This concept will not only bring you sales information for all Marley‘s albums, physical and download singles, as well as audio and video streaming, but it will also determine their true popularity. If you are not yet familiar with the CSPC method, the next page explains it with a short video. I fully recommend watching the video before getting into the sales figures. Of course, if you are a regular visitor feel free to skip the video and get into the figures.

@MJD Now, I know that this isn’t a board for social and/or socio-political/economic/religious discussions etc. per say however, as a West-Indian (Jamaican and Trinidadian) man and one of whom grew up listening to Marley extensively as many people across the Caribbean do where he remains somewhat of a perennial Godfather amongst us, I was very disappointed to read recently that he was a deeply homophobic man also. [Marley’s manager, Don Taylor, tried to arrange a collaboration between the two legends in 1979 – Prince had just released his second album, while Marley died just a year and a half later… Read more »

I would never guess Bob Marley would have a higher CSPC numbers than David Bowie! Thanks for another one great CSPC analys.

Geez!!! Does he have the best selling Compilation album by a solo artist?

Yes, he has. He is far and away ahead of anyone else on this category as the number #2, Madonna’s TIC, is more than 7 million lower and selling much less by now.

He didnt really have a competitor especially in reggae

Just not really into reggae.

How many albums do you estimate he has sold in Jamaica and also in the Caribbean as a whole?

Hi Chrysalynne! Sadly Jamaica lacks both market numbers and official charts. From what I know, albums have never been really big there, it was mostly a single market. During the 60s, big hits used to sell up to 50,000 units. From the 70s, 100,000 units was a realistic target for top singles. I have various calculations that put Marley’s physical singles sales there at nearly 2 million units. This is very specific of Marley’s results – the weakest a market is, the strongest he appears to be. I’m currently living in Africa and while no legal album is sold in… Read more »

He must be the second best-selling international artist in Italy too, isn’t he ?

I suppose you refer to male artists only. He is clearly among the leading pack but most likely not second. MJ is at 1 but then Bruce Springsteen is slightly over him (5,2m vs 5m) and Elton John is in the same ballpark as well. Surprisingly, Bob Dylan is close too around 4,5 million.

Wow thank you for this. I didn’t realize how massive “Legend” would be. A total classic compilation, listening to it right now haha.

Is he the 2nd most successful international male act in France behind MJ? Because his albums sales are truly impressive here. His French streams must be quite big too given how hugely popular he is among young people.

This website uses cookies to improve your experience while you navigate through the website. Out of these cookies, the cookies that are categorized as necessary are stored on your browser as they are as essential for the working of basic functionalities of the website. We also use third-party cookies that help us analyze and understand how you use this website. These cookies will be stored in your browser only with your consent. You also have the option to opt-out of these cookies. But opting out of some of these cookies may have an effect on your browsing experience.
Necessary Always Enabled
Necessary cookies are absolutely essential for the website to function properly. This category only includes cookies that ensures basic functionalities and security features of the website. These cookies do not store any personal information.
SAVE & ACCEPT
wpDiscuz
62
0
Would love your thoughts, please comment.x
()
x
| Reply