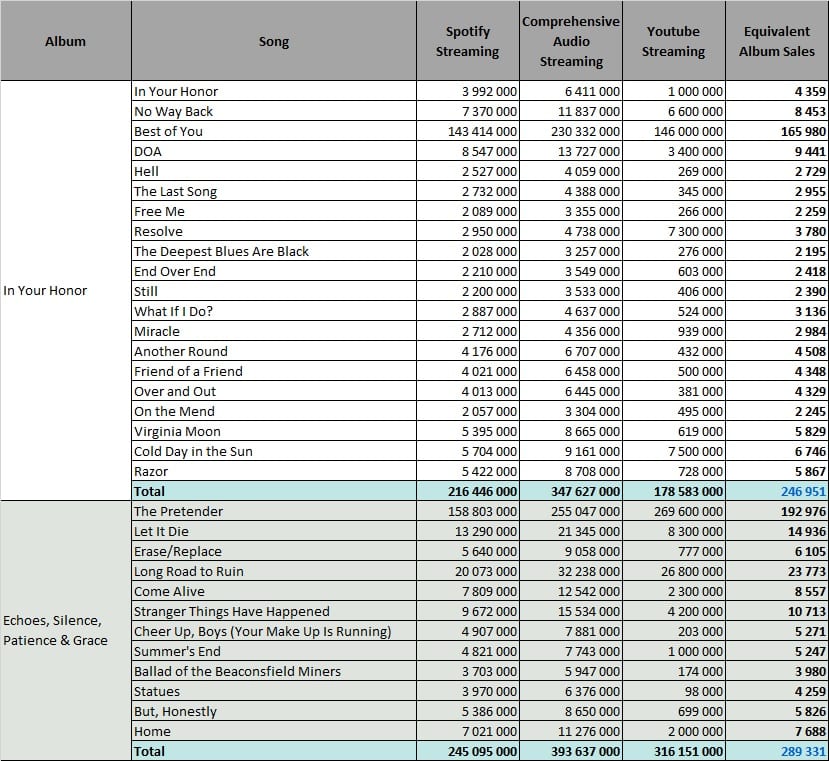 As a 20-track double album, In Your Honor is incredibly consistent with all its songs over 2 million streams on Spotify. The monster from it is obviously Best Of You. This iconic song has over 143 million streams on both platforms. Mostly thanks to that song, the album has 247,000 equivalent album sales.

One more album, one more beast. The Pretender has 159 million streams on Spotify and 270 million on YouTube. The entire album has all its songs on fairly high levels with a total of 289,000 equivalent album sales.