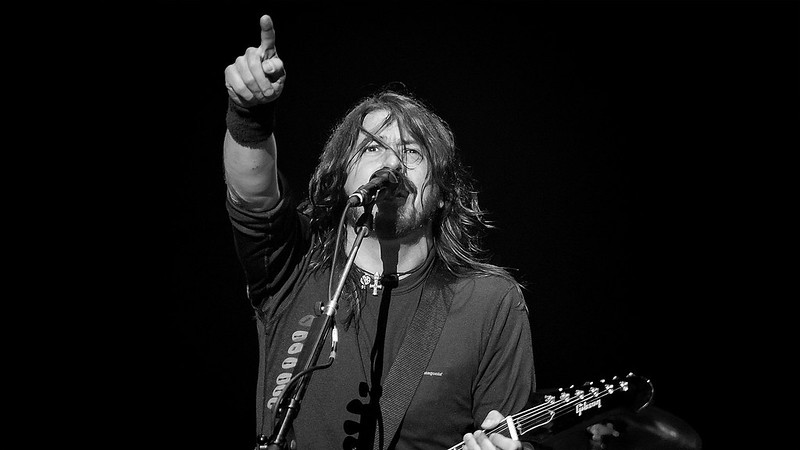 In 1995 a new alternative rock band emerged, the Foo Fighters. The curiosity came from the fact its singer was none other than Dave Grohl, the former drummer of Nirvana, a band suddenly no longer after the passing of Kurt Cobain one year prior. While rock fans were curious about them, very few would have expected the band to still be around 22 years later.

But here they are. Concrete And Gold, their 9th studio output, recently topped the Album Chart in various countries including the US, the UK, Australia, Canada and the Netherlands. The group never crossed over to the mainstream though. Their highest peak ever inside the US Hot 100 singles ranking is a dreadful #18 position, a very poor showing considering their 13 songs that reached #1 on the Alternative and / or Mainstream Rock charts. Even in the UK, where it is easier to hit a high peak due to the strong turnover that happened in the late 90s / early 00s, the band never had a Top 3 single.

With virtually no pop appeal, can a band really sell well? Has the band managed to stay relevant after the initial impact stemming from people’s curiosity? Those are the questions we will answer today.

As usual, I’ll be using the Commensurate Sales to Popularity Concept in order to relevantly gauge their results. This concept will not only bring you sales information for all Foo Fighters‘ albums, physical and download singles, as well as audio and video streaming, but it will also determine their true popularity. If you are not yet familiar with the CSPC method, the next page explains it with a short video. I fully recommend watching the video before getting into the sales figures. Of course, if you are a regular visitor feel free to skip the video and get into the figures.