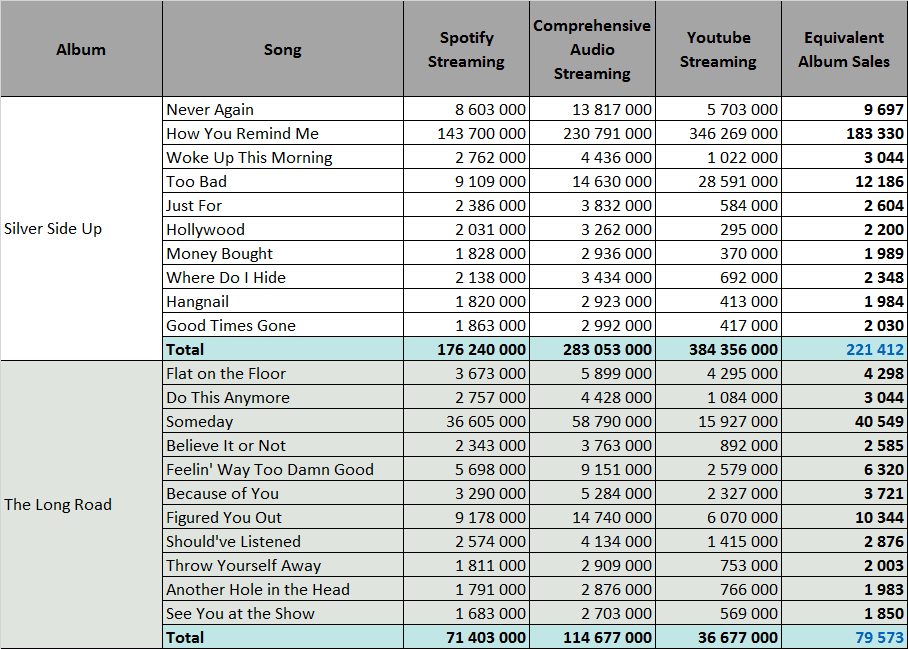 Track lists from both Silver Side Up and The Long Road follow the same pattern as one another, with one big hit and the remaining songs all over 1 million, but also all under 10 million streams on Spotify.

There is one big difference though – the strength of the aforementioned hit. Someday is solid at 37 million, plus 16 million streams on both audio and video main platforms. It can’t compete with How You Remind Me though which flies at a superb 144 million streams on Spotify and 346 million on YouTube. Consequently, equivalent album sales of Silver Side Up are much higher at 221,000 units against 80,000 for The Long Road.