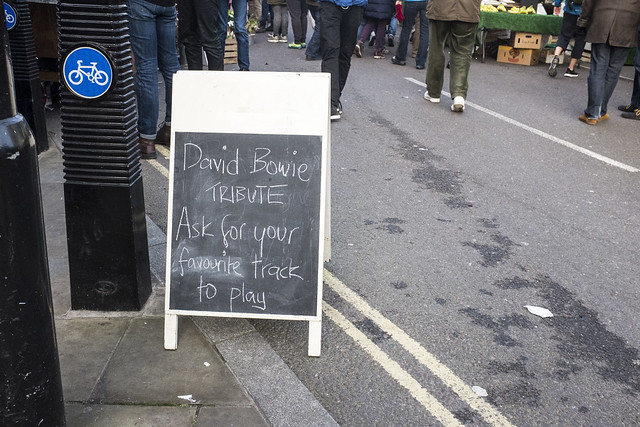 NB: as we now switched to 2017, Chartmasters.org is going to update the ratio used on this methodology as soon as official market information from IFPI gets published in order to maintain the relevancy of all figures. 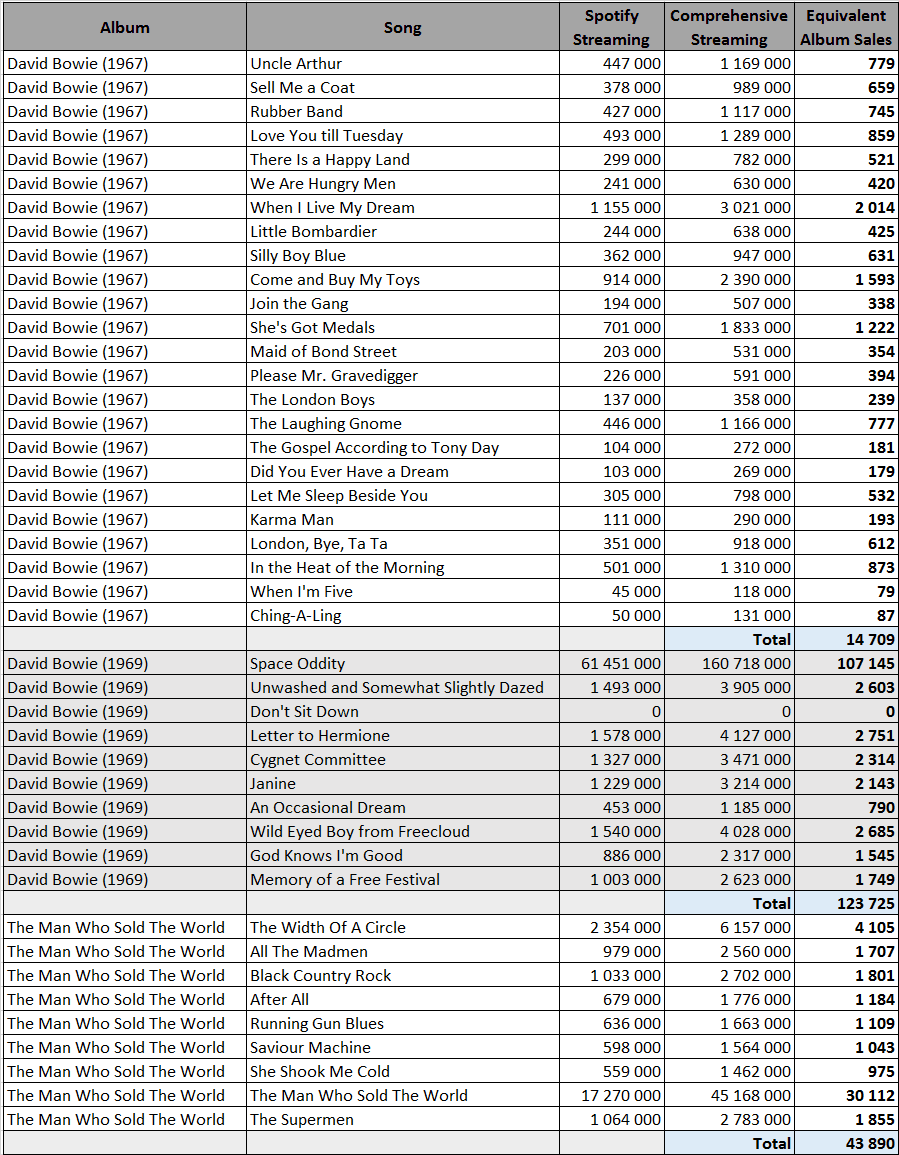 The consistency of most of those three early albums tracks is very respectable, almost all of them topping 100,000 plays and almost all as well being over 500,000 from 1969 album. Nevertheless, only two songs top 2,5 million, although they do it in great fashion.

The first is Nirvana-covered hit The Man Who Sold The Wold at 17 million while the breakthrough smash Space Oddity is up to an impressive 61 million, easily enough to make it one of the Top 100 most streamed song from the 60s. This brings a nice 124,000 album sales equivalent to its parent album.