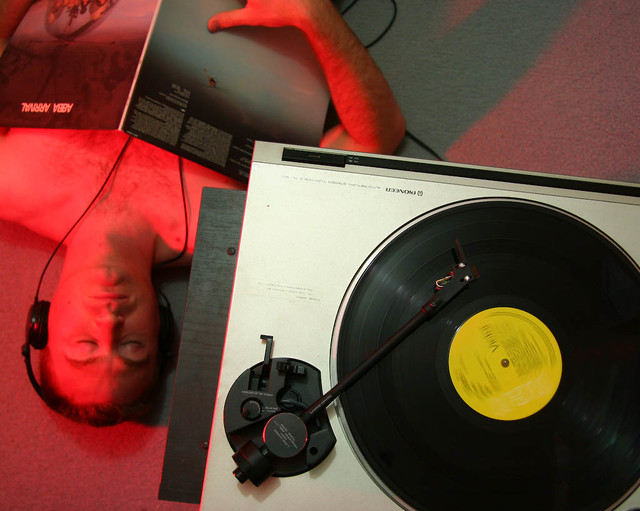 Checking carefully streaming results, we notice 24 songs only topping 4 million plays, including 15 over 10 million. In other words, they have a pack of strong songs and then tracks much less known. This is the perfect catalog to issue one huge one CD compilation. With a two-CD package, you already cover nearly all songs with some attractiveness. ABBA clearly have that mega selling compilation with Gold. They haven’t quite stop there as dozens and dozens of other best of records came out since their very beginning. Let’s start that extensive work with their global compilations. 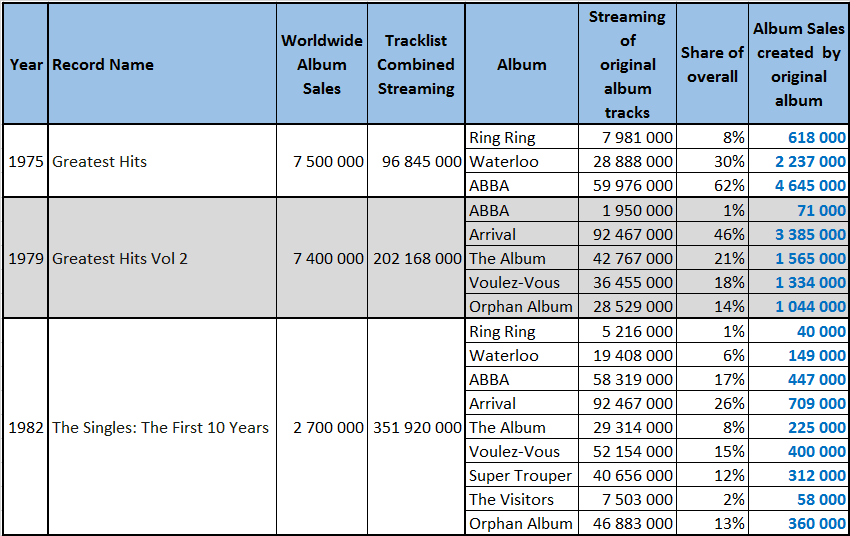 How to understand this table? If you check for example Greatest Hits compilation album line, those figures mean it sold 7,500,000 units worldwide. The second statistics column means all versions of all songs included on this package add for 97 million streaming plays on Spotify.

The second part at the right of the table shows how many streams are coming from each original album plus the share it represents on the overall package streams. Thus, streaming figures tell us Waterloo songs are responsible for 30% of the Greatest Hits tracklist attractiveness, which means it generated 2,237,000 of its 7,500,000 album sales and so on for the other records.

Comments now, when Greatest Hits came out the band was exploding with Arrival. Thus, this best of was the perfect companion to complete a decent ABBA collection. Logically, Greatest Hits 2 released in 1979 focuses on their 1976-1979 years while The Singles was the first career spanning compilation. We can notice a pattern emerging with ABBA being the main sales generator among their early albums while overall Arrival appears to be the biggest hits provider to their compilations. Considering those compilations sold very well each of their studio albums get awarded notable sales.