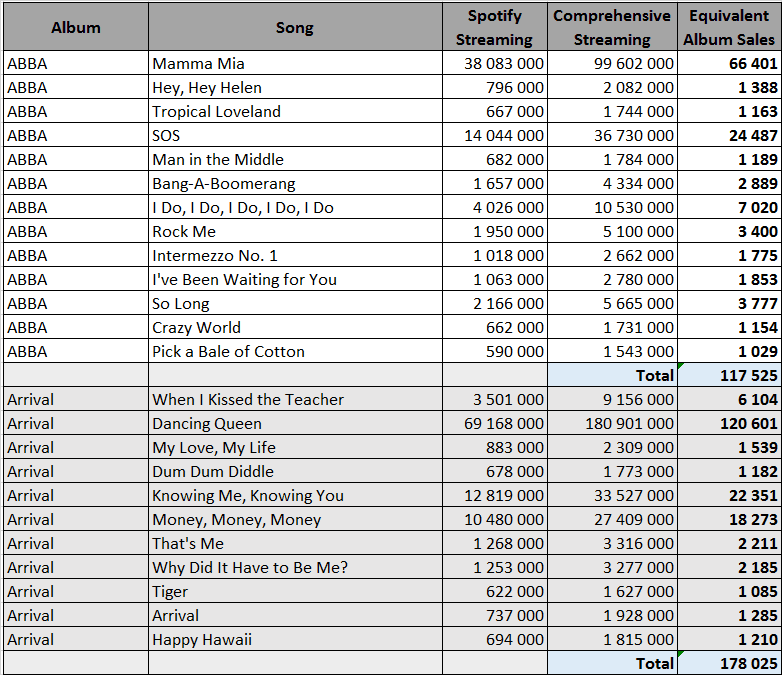 Arrival isn’t really bigger overall but it owns Dancing Queen. At 69 million plays, this is still the group signature song. Streams of both albums are well over 100,000 album equivalent sales.