It would take blind faith to believe a group can start with a jam session in January, announce its formation to the press in February, recruit members in May, perform in front of 100,000 in June, release a #1 LP in July, and disband in August.

Yup, these were crazy days, days that saw the new Eric Clapton project, Blind Faith, become one of the most famous shooting stars of the history of rock.

All of it happened in the first 8 months of 1969. The press announcement came out in February 8, barely 3 days after the release of Cream‘s Goodbye.

The expectation was gigantic, as both Eric Clapton and Ginger Baker, from Cream, joined Steve Winwood, who got multiple top 10 albums and singles with The Spencer Davis Group as well as Traffic, and Ric Grech from the Family, a band which got a top 10 album weeks after the departure of their musician.

Clapton, who stepped out of Cream to avoid the limelight of a supergroup like this one, got himself embarked into another one due to his desire to pair with Winwood.

On June 7, 1969, they made their debut concert at Hyde Park, London, in front of 100,000 persons. This was also another era, where it was possible to see top groups for free at specific places like this one.

When their album came out, the buzz was so huge that it rocketed into the US top 3 in 3 weeks, something usually done by the Beatles and Creedence Clearwater Revival, and it shared a spot there along with Best Of Cream. The LP then removed Johnny Cash‘s At San Quentin from the top spot.

Being part of a supergroup once again and forced to play Cream material live as they had not enough tracks with his new band partners, Clapton left immediately after their final tour date in August 24, 1969, not without letting another dent in rock music’s history books.

As usual, I’ll be using the Commensurate Sales to Popularity Concept in order to relevantly gauge their results. This concept will not only bring you sales information for all Blind Faith‘s albums, physical and download singles, as well as audio and video streaming. In fact, it will also determine their true popularity.

If you are not yet familiar with the CSPC method, below is a nice and short video of explanations. I fully recommend watching it before getting into the sales figures. Of course, if you are a regular visitor feel free to skip the video and get into the numbers directly.

There are two ways to understand this revolutionary concept. In the first place, there is this Scribe video posted below. If you are unaware of the CSPC method, you will get the full idea within just a pair of minutes.

If you are a mathematical person, and want to know the full method as well as formulas, you can read the full introduction article.

Now let’s get into the artist’s sales figures in detail in order to apply this concept and define the act’s true popularity!

Blind Faith shot to the top in the US as we mentioned previously, but also in the UK, Canada, Australia, Norway, Sweden, Denmark, the Netherlands.

It did so in spite of a highly controversial cover which was a topless photo of a 11-year-old girl holding an airplane on her hands. The US label decided to replace that one by the group picture shown above.

There, it also kept selling very well through the years, ultimately topping the 3 million mark. Worldwide, it went as high as 5.4 million.

Below, we list down results from the artist through physical sales, digital sales and streaming.

There are almost nothing to say about Blind Faith‘s physical singles sales as their label clearly organized their career in order to sell albums instead.

Their residual sales are due to a collectable release of Can’t Find My Way Home in the US, a Benelux/GSA release for Well All Right, and limited releases in Canada, Italy and Japan for Presence Of The Lord.

As a reminder, the weighting is done with a 10 to 1.5 ratio between one album and one digital single.

It’s not easy to release hits which remain well remembered over 50 years later, let alone when your catalog is made of… 6 tracks.

Blind Faith still managed the trick, as Can’t Find My Way Home is nearing a million sales of downloads and ringtones, when remaining tracks add for over 300,000.

Streaming is made up of audio and video streams. Our CSPC methodology includes both to better reflect the real popularity of each track. The main source of data for each avenue is respectively Spotify and YouTube. To factor in the growing impact of multiple Asian countries where these platforms aren’t always the go-to site for music streaming, more sources have been added.

No doubt their label searched everywhere to get outtakes of the band on top of their original 6 tracks, but the truth is not next to nothing else exists.

The frontrunner is once again Can’t Find My Way Home, which is easily their signature track. It stands at nearly 80,000 equivalent album sales out of the band’s total of 105,000.

Keep yourself up to date

Our website provides you a fantastic tool which fetchs updated Spotify streams as you request them, use it to watch these results grow day after day!

How to understand this table? In the example of Timepieces Vol. II – ‘Live’ In The Seventies, these figures mean it sold 1,520,000 units worldwide. The second statistics column means all versions of all the songs included on this package add for 127,841 equivalent album sales from streams of all types.

The second part on the right of the table shows how many equivalent streams are coming from each original album, plus the share it represents on the overall package.

Thus, streaming figures tell us songs from the Blind Faith album are responsible for 67% of Timepieces Vol. II – ‘Live’ In The Seventies track list attractiveness. This means it generated 1,023,000 of its 1,520,000 album sales and so forth for the other records. We then apply this process to all compilations present on the table.

NB: the total of the shares is not 100% as the remaining tracks from this live compilation belong to Eric Clapton‘s solo catalog.

Obviously, not all these sales are attributed to them. For example, on albums titled The Cream of Eric Clapton, only the share fueled by their songs are accounted into their sales, while the rest will be distributed among remaining acts like Cream, or Eric Clapton himself.

Here is the most underestimated indicator of an album’s success – the amount of compilation sales of all kinds it generated.

Due to the dependency of sales of the original studio albums on these releases, they are a key piece of the jigsaw.

These numbers are obtained by applying the method from the section The distribution process to all packages listed under Compilation sales figures listing category.

Most albums listed on this table include very little material from Blind Faith. The impact is also limited, as Eric Clapton also highlighted his Blind Faith period on his career spanning compilation with the track Presence of the Lord.

This track is much weaker than Can’t Find My Way Home, but it is a self-penned track, unlike the latter which was written by Steve Winwood.

Still, a little piece of so much ends up amounting for a lot of sales, over 4.3 million in this case.

So, after checking all the figures, how many overall equivalent album sales the lone Blind Faith album achieved? Well, at this point we hardly need to add up all of the figures defined in this article!

1 album, 6 songs, 10 million sales. There have been some recording sessions which have been less profitable.

Of course, a total of 10 million for an artist is not record breaking, but when we talk about a band which remained together for 3 months, it is extraordinary.

It is also the 3rd piece of Eric Clapton‘s career which results in 8-digits figures following the Yardbirds and Cream, what’s next?

If you feel inspired by this list, we just created this CSPC Blind Faith playlist on Spotify!

Thanks to our new ASR (Artist Success Rating) concept, we know that their sales represent 13.45 million times the purchase of their entire discography. Coupled with their total sales, it translates into an ASR score of 66.

The ranking of all artists studied so far is available too at this link. 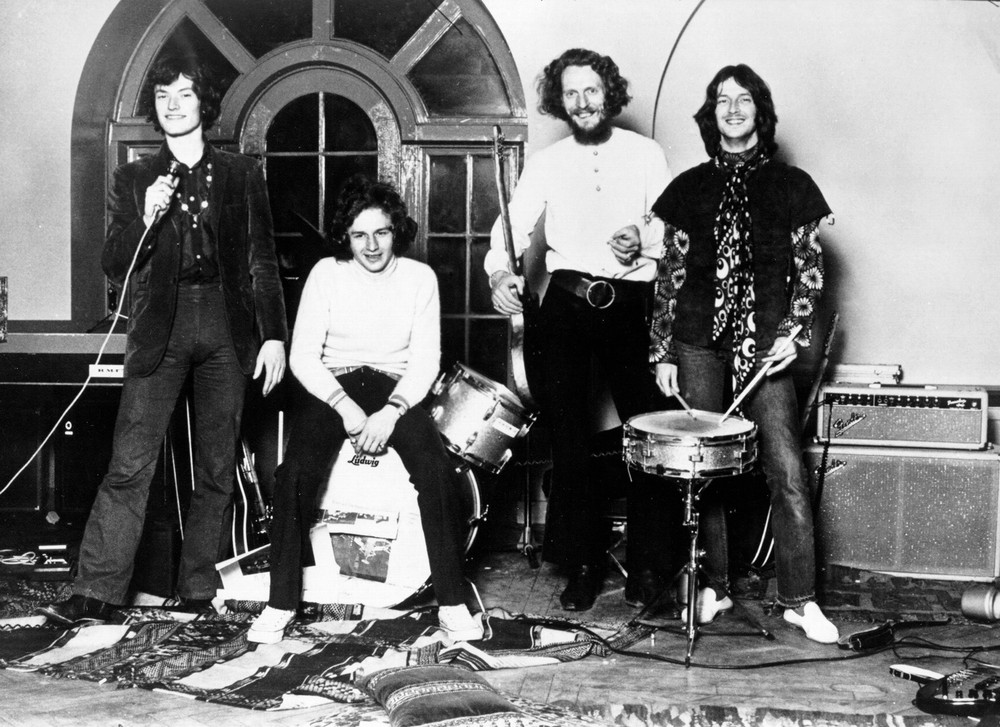 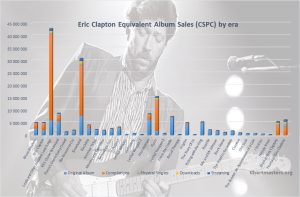 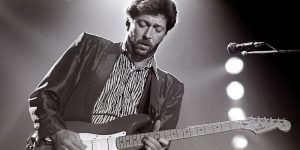 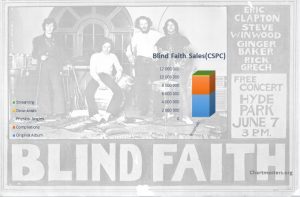 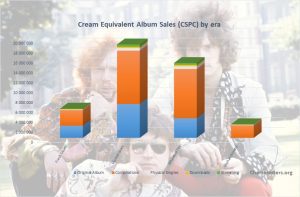 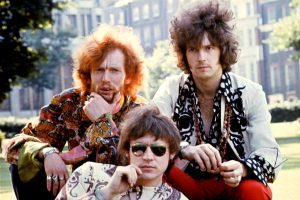 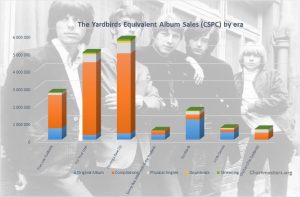 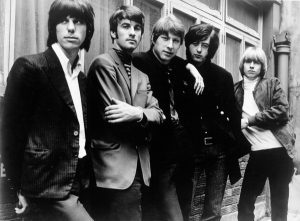 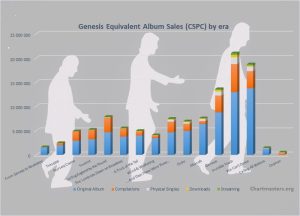 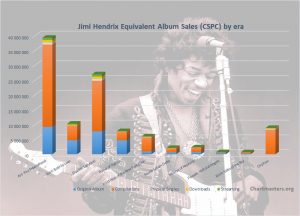 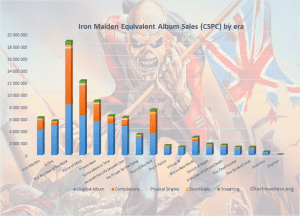 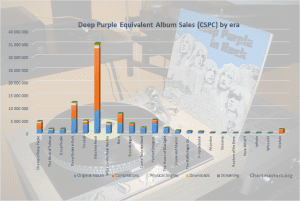 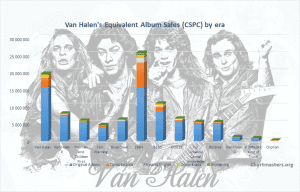