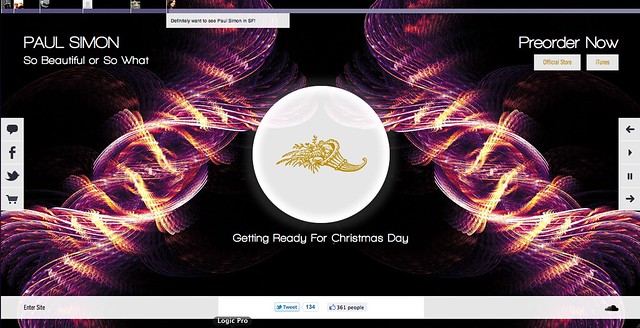 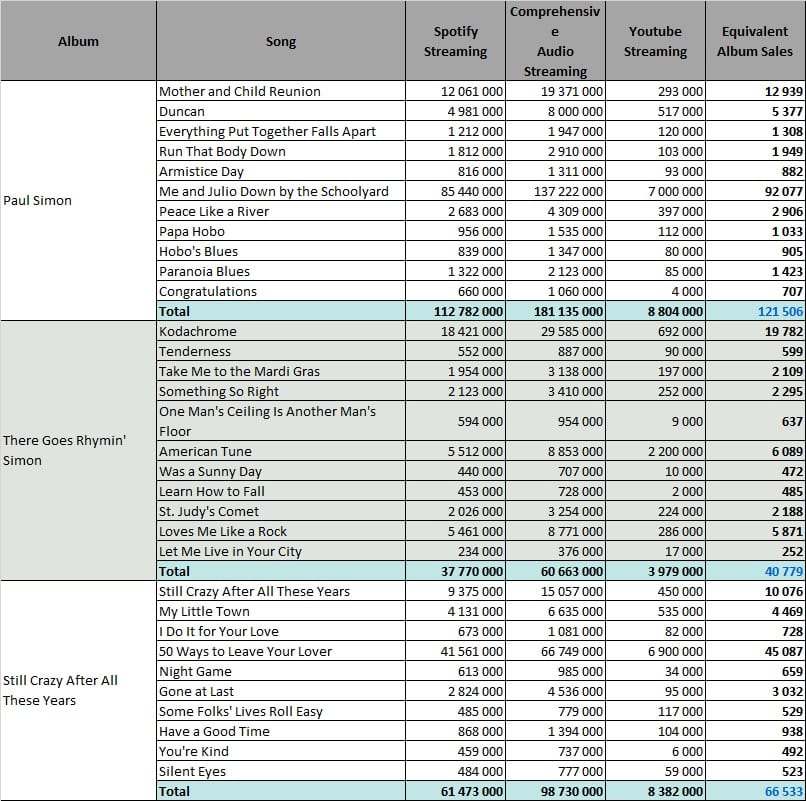 YouTube views are good to represent the hit appeal of a track. We can notice that no song from this table reaches even 10 million, showing the general public, including the youngest of us, doesn’t run after Simon‘s music. The general public does like to listen to his songs time to time. In fact, Me and Julio Down by the Schoolyard registers a healthy 85 million streams on Spotify while 50 Ways to Leave Your Lover is strong too at 42 million. Songs formerly used as singles are all in the multi-million area although they haven’t face the test of time as well as the two aforementioned hits.

In terms of equivalent album sales from streams, all 3 albums conclude on decent to good numbers. There Goes Rhymin’ Simon stands at 41,000 units, Still Crazy After All These Years at 67,000 and Paul Simon at 122,000.