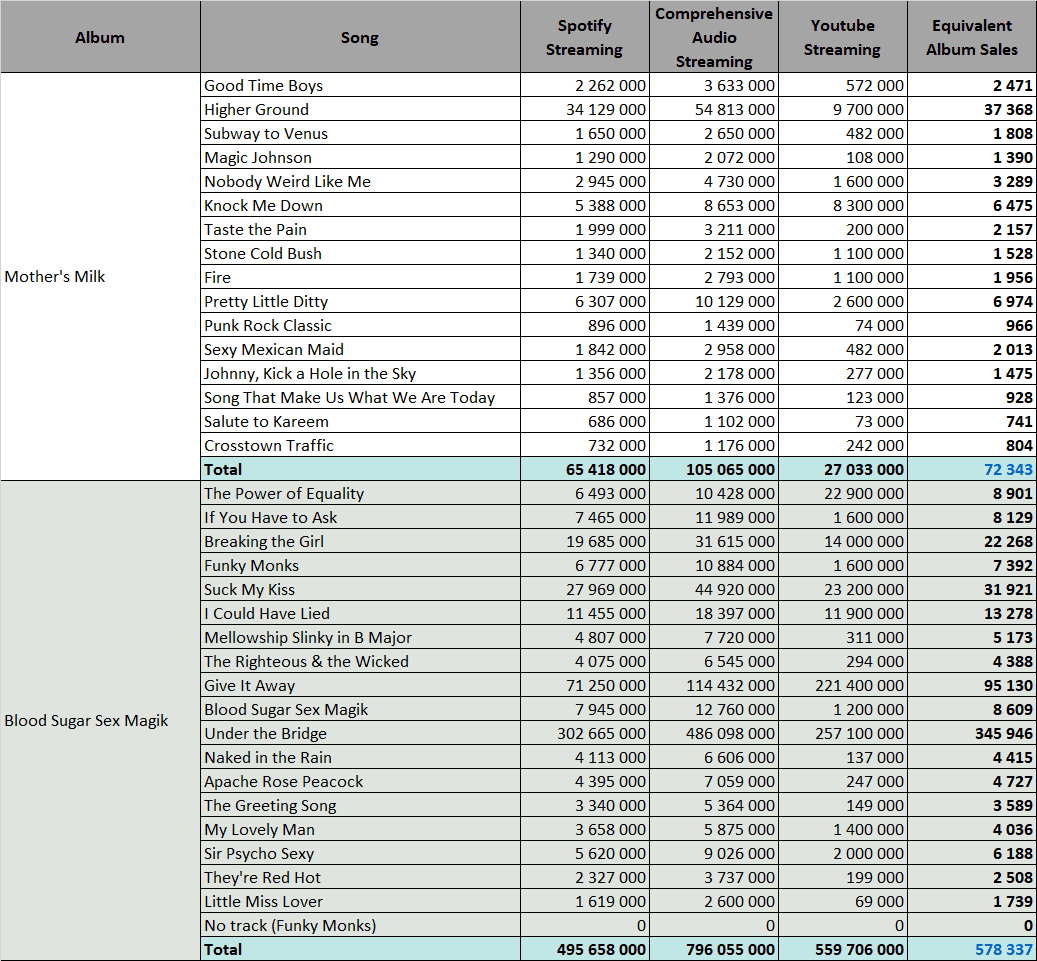 Mother’s Milk is a real improvement from its predecessors. At 72,000 EAS, it has more streams than all 3 of them combined. Higher Ground is the main force of the record with over half of its streams including a sizable 34 million plays on Spotify.

What can we say about Blood Sugar Sex Magik then? Most album cuts are around 4-7 million streams on Spotify, a very strong showing, typical of rock classics. Former singles Breaking the Girl and Suck My Kiss do well at nearly 20 million or more streams and Give It Away raises the bar to a healthy 71 million. All good numbers, they are completely overshadowed by the monster track Under The Bridge. The iconic song stands at 302 million streams on Spotify. In fact, this week it became only the 11th pre-2000 song to crack 300 million streams on the platform. In good part thanks to this song, the album as a whole registers 578,000 EAS.