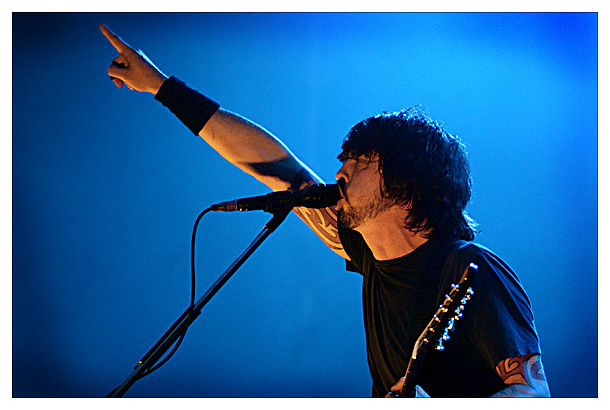 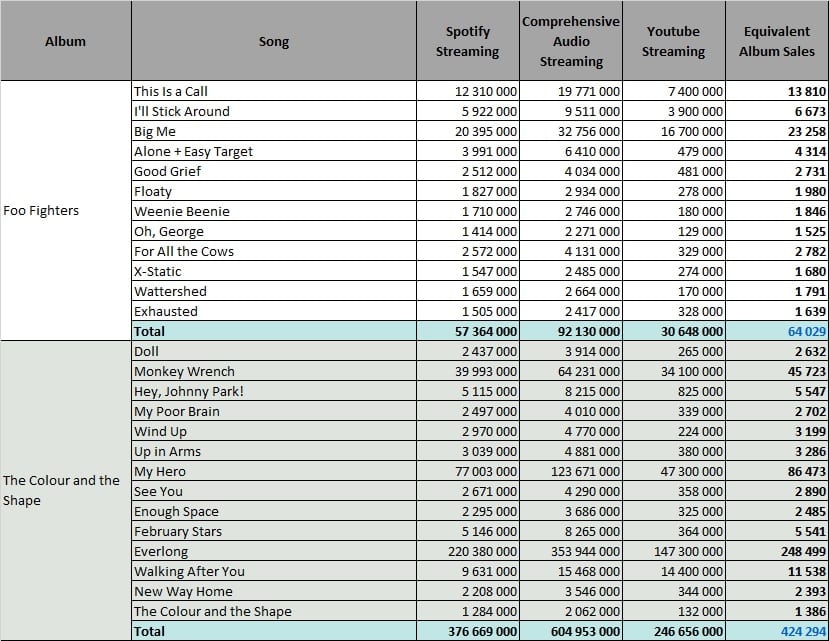 While clearly not a fan-favorite, the album Foo Fighters has nice streams. Two of its songs top 10 million streams on Spotify and the entire track list is over 1 million. Overall, it is on 64,000 equivalent album sales from streams.

The Colour and the Shape sold well under the radar for many years. Thanks to Spotify, we understand why. Everlong is an absolute monster. Its popularity continues to grow to this day. From a good alternative hit back in 1997, it leveled up to one of the cross-genre Top 10 biggest 90s songs on streaming platforms with a tremendous 220 million at Spotify. Impressively, My Hero is huge too at 77 million while Monkey Wrench has a strong 40 million. All songs but one crack 2 million. The album has a great total of 424,000 equivalent album sales from streams, a virtual tie with Nirvana‘s In Utero and more than various strong rock albums from the 90s like Guns N’ Roses‘ Use Your Illusion I and II and U2‘s Achtung Baby.