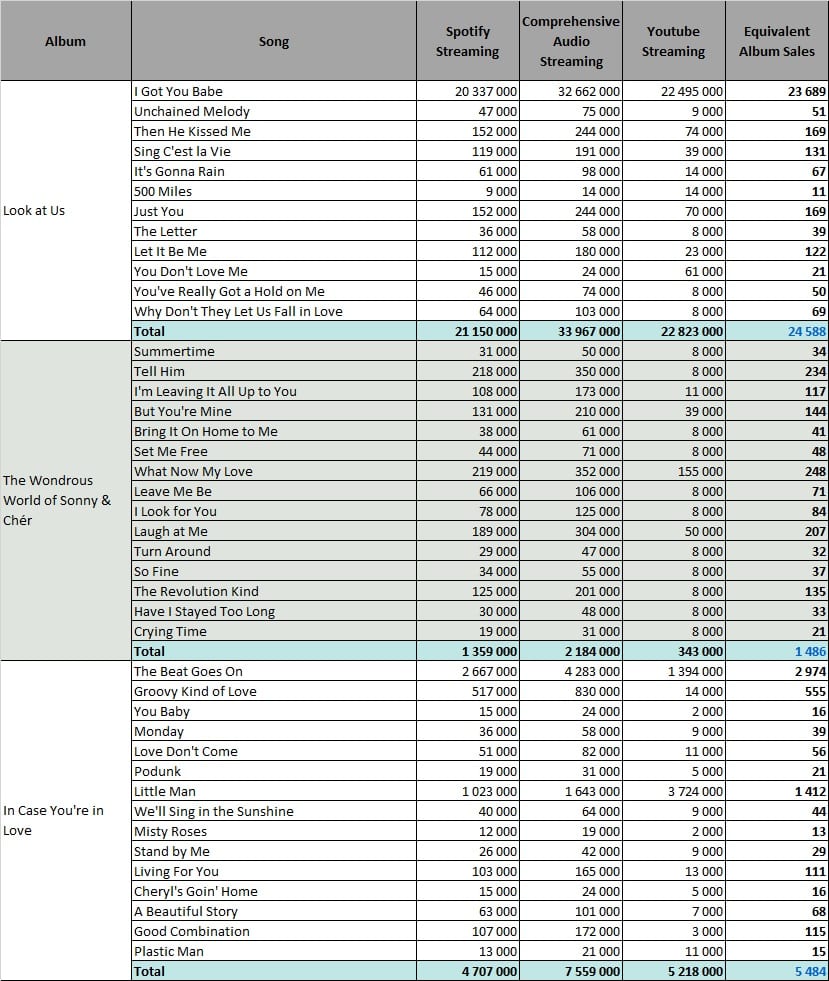 During the last year, we met various artists with not-so-good streaming figures. We rarely saw abysmal numbers like those of Cher though. I Got You Babe has an OK total of 20 million streams, not so good for a former US #1 smash, but still acceptable. The remaining songs aren’t even worth commenting on. The song 500 Miles falls under 10,000 streams at Spotify.

Obviously, the count of equivalent album sales doesn’t increase much. With artists like Drake, we start thinking that streams are easy, almost unfair, bringing tons of free sales. Nothing is free though. Big streams highlight a large popularity. You may be named Cher, if the public isn’t interested anymore in some part of your catalog, Spotify and YouTube won’t bring you any thing