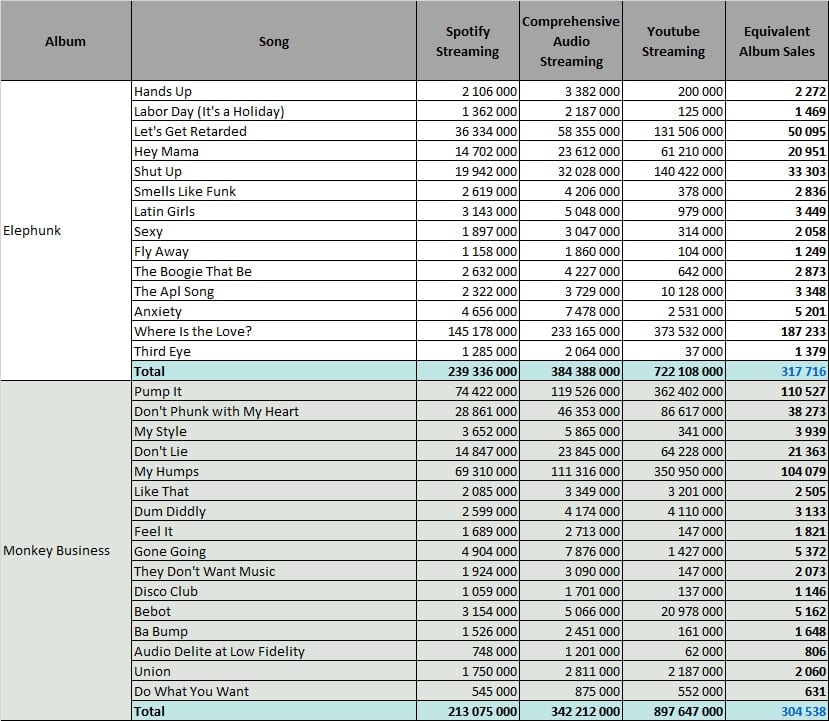 Among songs from Elephunk, a rare situation occurs. For catalog records during the digital era, e.g. pre-2005 albums, the biggest selling songs on the downloads front are virtually the same as the biggest streaming hits. Let’s Get It Started outsold Where Is The Love? but the latter song crushes the former in streams, both audio and video. With more than 500 million streams from Spotify and YouTube combined, the song remains as popular as ever. Remaining singles from that era are undoubtedly lower but still fairly solid. In total the album enjoys 318,000 equivalent album albums sales from streams.

Its follow up, Monkey Business, is fairly similar. Album tracks range from 1 to 5 million Spotify plays while the 4 hit singles are up to 15 million or more. Although lacks a hit as big as Where Is The Love?, both Pump It and My Humps make up for that to bring the record a total of 305,000 equivalent album sales.