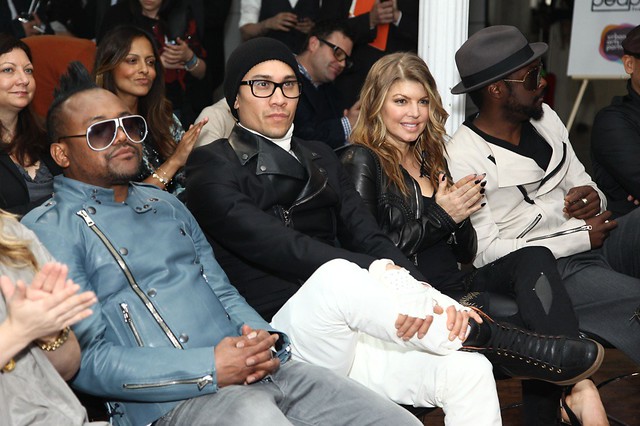 From well under a million copies a piece to more than 9 million on average!, sales of albums by the Black Eyed Peas truly rocketed with the release of Elephunk. This new found success saw both Behind The Front and Bridging The Gap see their sales increase, with their original sales plateauing around a quarter of a million.

In spite of several notable hits, Elephunk‘s own sales rose slowly. Suffering from an initial lack of credibility that always damages these kind of acts, this era turned out to be very successful thanks to an impressive string of hits that we will list during the next pages.

Monkey Business and The E.N.D. started with relatively low debuts too considering their predecessor(s) sales. Both also contained a handful of iconic tunes. At 10,3 million and 9,05 million copies respectively, their totals are all the more impressive with the album market collapsing due to the boom of download sales.

The Beginning is disappointing at 3,1 million units, although not as tragic as expected when it debuted at #25 in Italy, #50 in the Netherlands and #58 in Sweden. Obviously, this doesn’t tell the whole story as the group was one of the major forces of the digital market when it started to grow. The following sections will factor in those additional sales to define better the real success of The Beginning.