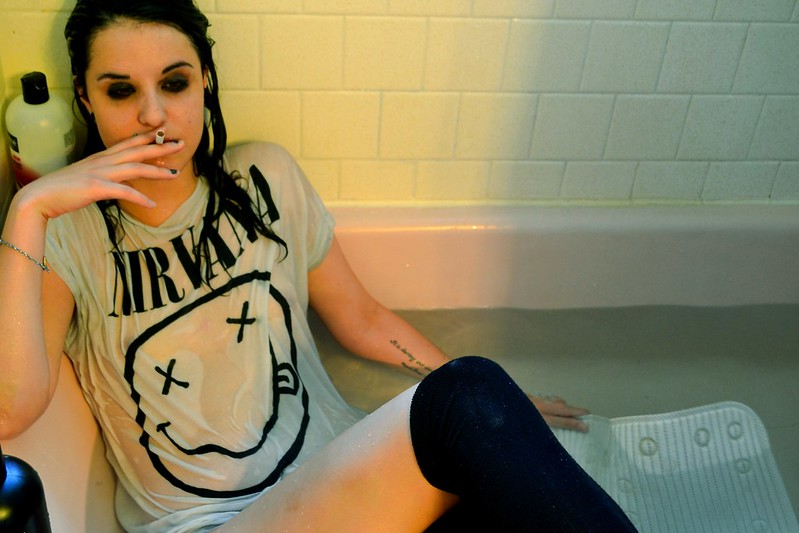 Exactly one year ago I posted the fifth CSPC article. The artist studied was the cult rock band Nirvana. Some 25 years after the hype around Nevermind, their popularity is still soaring. At current pace, this album is looking to become the very best selling catalog record on Earth. How come?

Taking into account that a mere two and a half years passed from the release of Nevermind to the death of lead singer Kurt Cobain, the impact of this Seattle band in the history of the music industry is unparalleled.

In total, Nirvana released only three albums, including one before their cross over. With such a tiny discography, and the fact that even Nevermind is not higher than the all-time Top 40 best selling albums, many millions behind other rock albums such as Led Zeppelin IV, AC/DC Back In Black, Pink Floyd Dark Side Of The Moon and even Guns N’ Roses own Appetite For Destruction, among various others, one may cast Nirvana‘s real popularity under a shadow of doubt. The early passing of Kurt Cobain led Geffen Records label to extensively milk the group’s existing material. Inclusively issuing two major live sets and later several compilations. All those records took catalog sales away from the band’s original albums which turn out to be lower sellers than their popularity would justify. Thus, it is needed to merge and weight together all records sold on the back of the Nevermind LP.

As usual, I’ll be using the Commensurate Sales to Popularity Concept in order to relevantly gauge their results. This concept will not only bring you sales information for all Nirvana‘s albums, physical and download singles, as well as audio and video streaming, but it will also determine their true popularity. If you are not yet familiar with the CSPC method, the next page explains it with a short video. I fully recommend watching the video before getting into the sales figures. Of course, if you are a regular visitor feel free to skip the video and get into the figures.

I think the stastics are changed differently by the system. right?