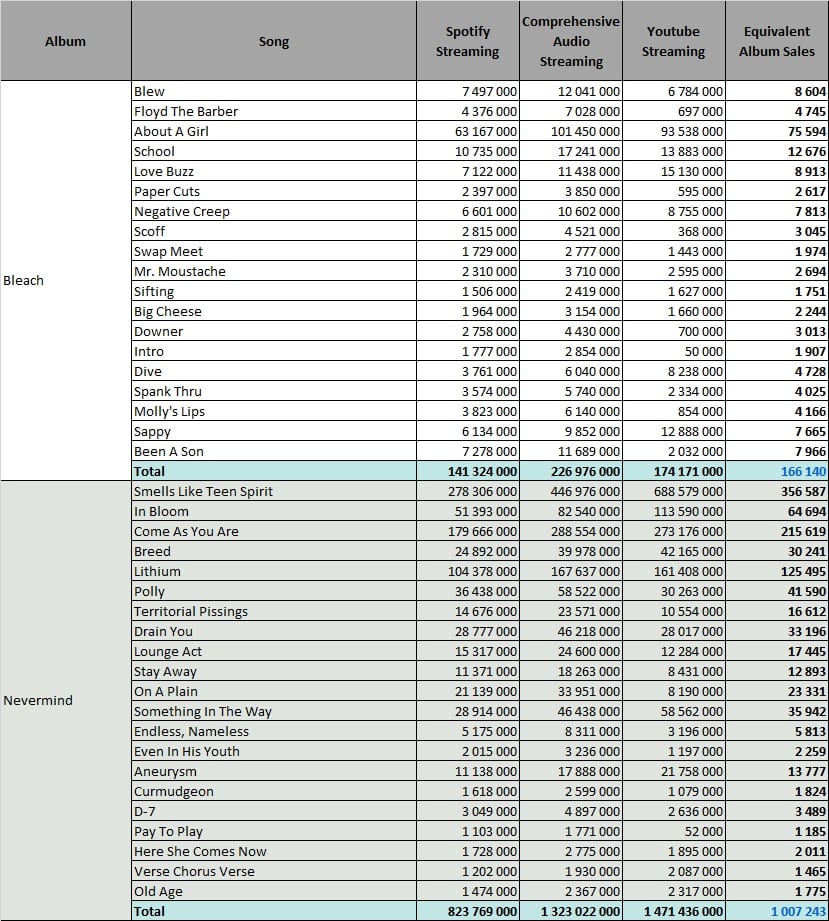 As incredible as it may seem, even tracks like About A Girl or In Bloom are higher than anything Madonna released prior streaming years. This fact highlights how strong Nirvana‘s discography is on the Spotify platform. The song Smells Like Teen Spirit is the third biggest pre-2000 song overall at 278 million, a terrific achievement. Come As You Are is up to 180 million, while Lithium cracks 100 million too. Every track from the original Nevermind album is well over 10 million Spotify streams.

The band’s views on YouTube are just as extraordinary. They are also led by Smells Like Teen Spirit at a massive 689 million.