NB: as we now switched to 2017, Chartmasters.org is going to update the ratio used on this methodology as soon as official market information from IFPI gets published. This is in order to maintain the relevancy of all figures. 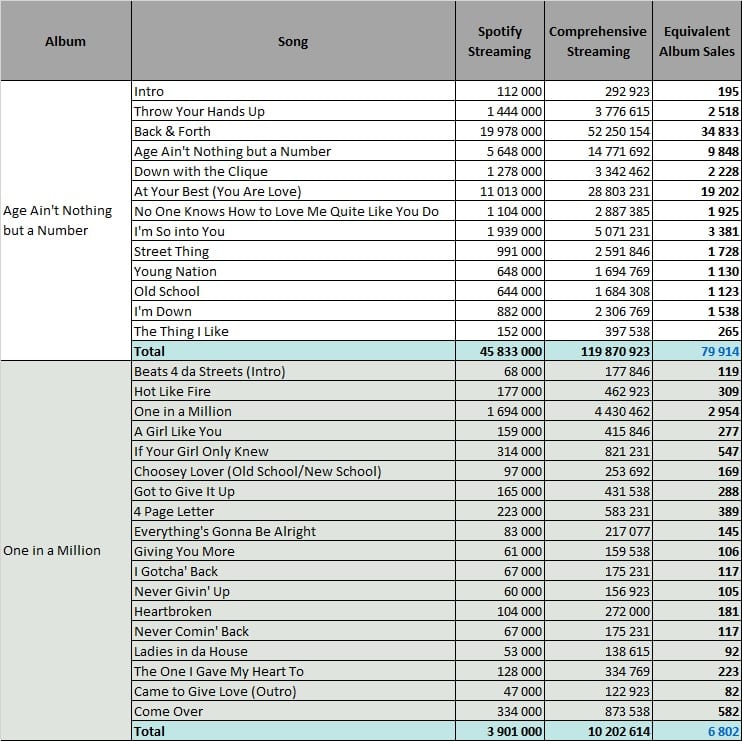 The lack of consistent availability of One In A Million becomes obvious with its streaming results. If we check the artist’s Last.fm catalog, this album has almost twice as many plays as her debut one, which shows its potential. While on Spotify it loses the battle by 12 to 1.