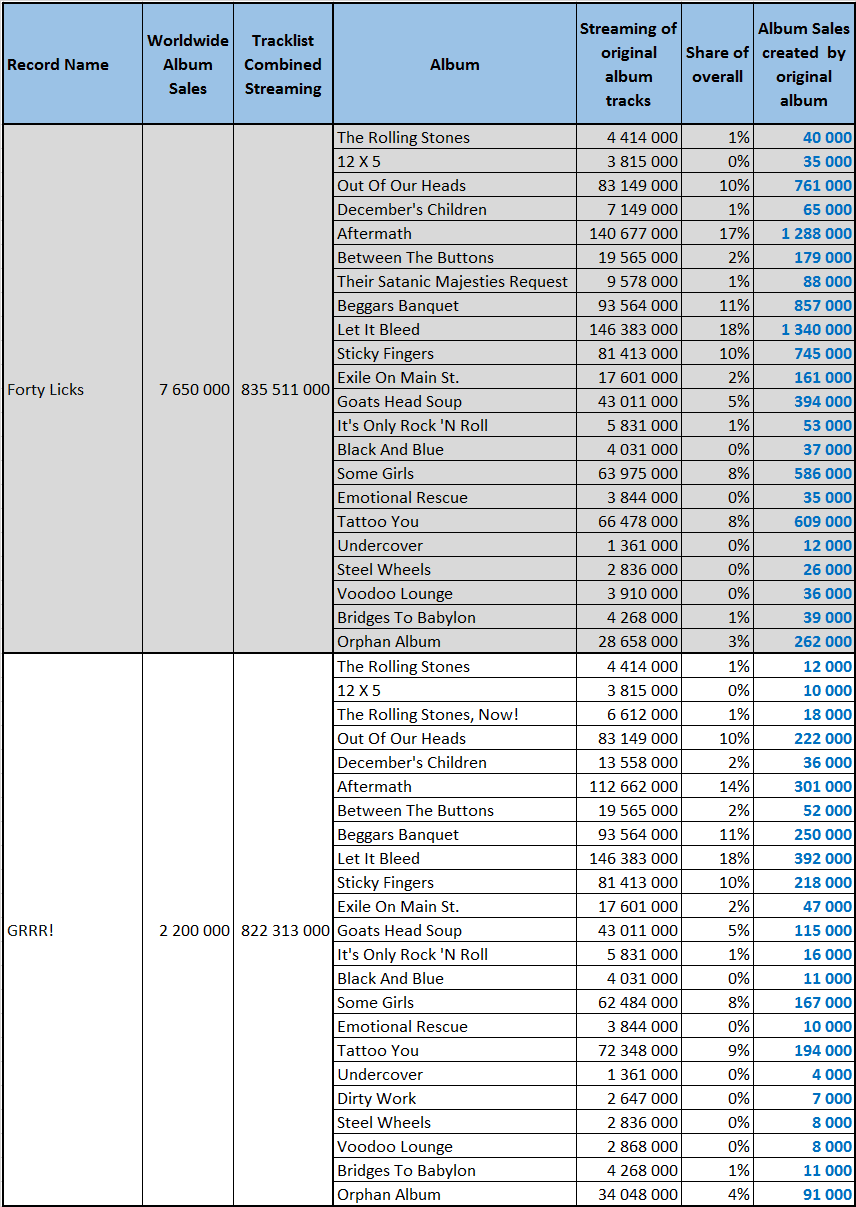 At last we reach career spanning compilations, 2002 album 40 Licks and 2012 set GRRR!. Both albums are extensive ones with 2/3/4 CDs versions.

In terms of distributions, they are the perfect combination of the two previously checked eras. Thus, you can notice 8 albums getting relevant shares of overall sets but remaining studio albums providing very few additional interest to them.

An interesting point is that both albums got quickly deleted. The first thinking is “wow, all Rolling Stones hits into one package that’s huge”. That positive thinking is very exactly the problem though. If you check the cumulative streaming on Spotify of those albums track lists, they both top 820 million streams. To give you an idea, that’s more than Madonna complete discography. In concrete words, those sets contain way too much value. Some 20% of their appeal would be easily enough to generate solid catalog sales already so putting that many attractive songs into one album only is truly a waste of potential. As a result, both albums were used as Christmas cash-ins to provide easy cash to their labels, but both bring a negative expected value on long term in comparison to several distinct compilations spreading their catalog appeal.