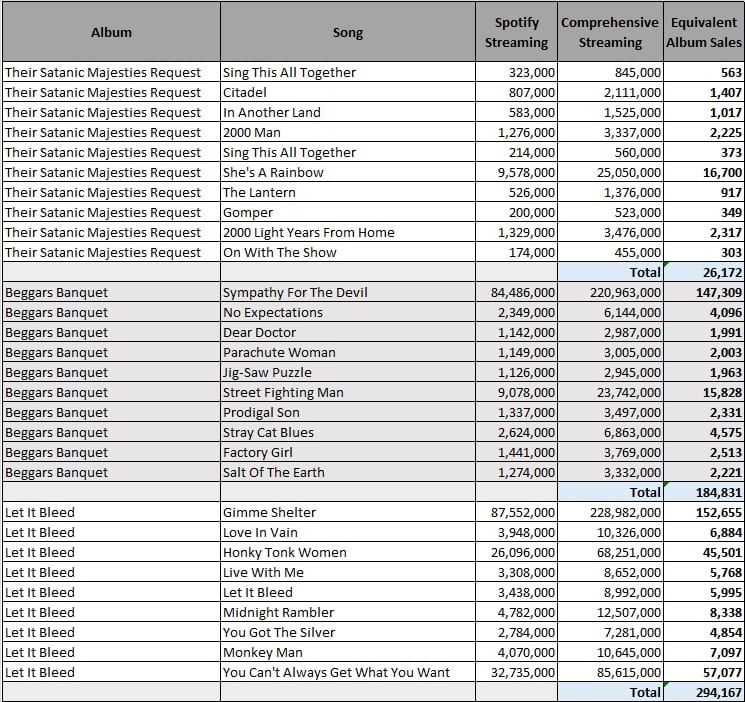 The impressive string of hits of the Rolling Stones keeps going on with those late 60s albums.

She’s A Rainbow already has a good 10 million streams with the parent album getting 26,000 equivalent album sales. That’s just a small portion of the success both Beggars Banquet and Let It Bleed are enjoying in the streaming era.

Both albums are strongly supported by one historical smash. Both Sympathy For the Devil and Gimme Shelter appear among the Top 10 biggest songs of the 60s, increasing the band tally to an incredible 3 songs in that superb elite group.

Overall, Let It Bleed is pretty incredible too. Apart from Gimme Shelter, it has two more songs at over 25 million, Honky Tonk Women and You Can’t Always Get What You Want. More, all songs from it are close or over 3 million. Such consistent scores provide it 294,000 equivalent album sales, which is more than many successful albums from recent years.