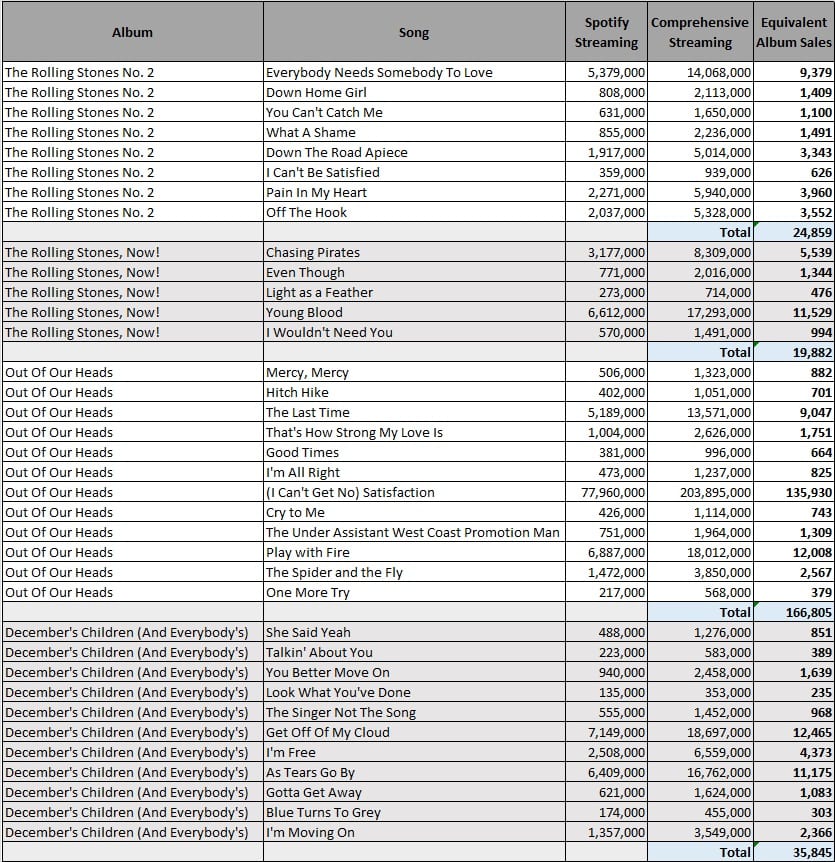 Releasing different albums in the US and the UK led the group discography to grow extremely fast with as many as four albums coming out in 1965.

If all those albums contain at least one song over 5 million plays, the one standing out of the pack is Out Of Our Heads thanks to the massive smash hit (I Can’t Get No) Satisfaction which is up to an impressive 78 million spins. A ground breaking hit upon release way back in 1965 – notably the band first #1 singles in the US – the song is still as hot as ever more than half a century later. In the other side, Get Off Of My Cloud, which was also a worldwide #1 smash, has a respectable 7 million plays but that still pales in regards to the previous single.

In terms of equivalent album sales, while Out Of Our Heads largely benefits from Satisfaction to get 167,000 equivalent units overall. On their side, the remaining albums are all in the 20,000 to 36,000 units range just like their predecessors.