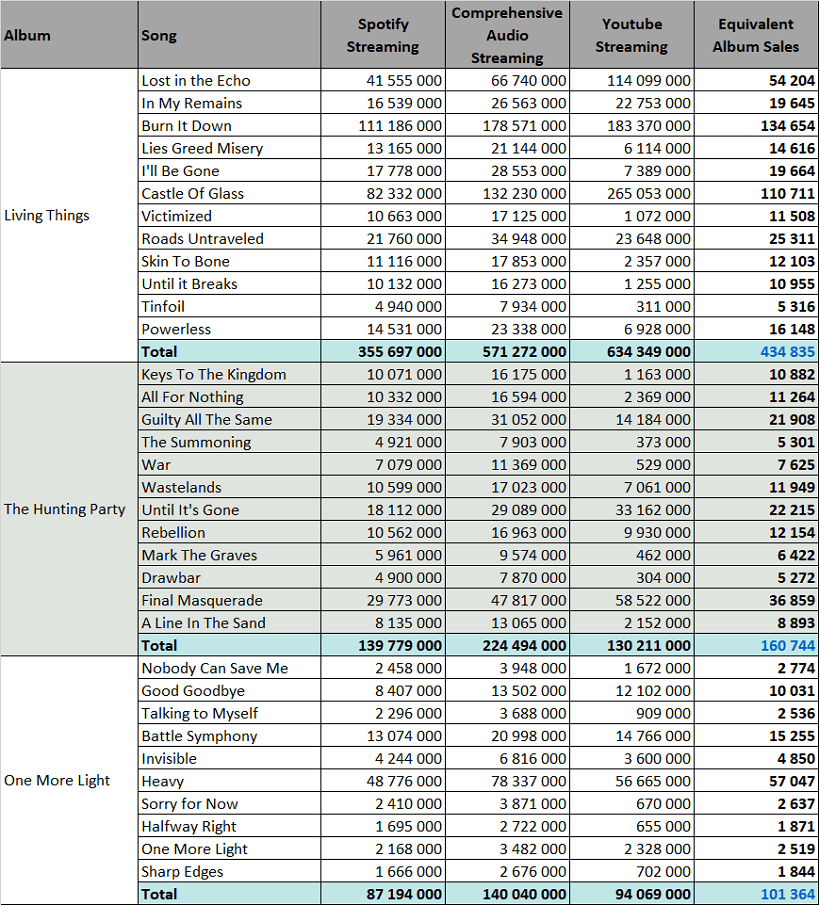 Living Things proves again its nice results in comparison to its immediate predecessor. Both Burn It Down and Castle Of Glass maintain a great popularity with nearly 200 million Spotify streams combined. In total, streams from this LP’s songs represent 435,000 equivalent album sales.

Both The Hunting Party and One More Light lack hits – at least so far for the latter one – but continue getting relevant streams with all their songs. They are up to 161,000 and 101,000 equivalent album sales respectively.