Since his feature on See You Again, Charlie Puth has been one of the strongest hit makers among international pop stars.

If songs like Marvin Gaye, One Call Away, We Don’t Talk Anymore and Attention quickly gained traction in mid-10s, we haven’t heard about him as much lately. Will he reverse the trend with his new release Charlie?

Figures listed in this section reflect pure sales of long playing formats, either albums, compilations or videos. Of course, streams are excluded.

In this section, figures reflect all metrics of songs’ sales, these are audio streams, video streams, and sales (physical singles, downloads, ringtones).

In order to do so, these numbers are converted into Equivalent Albums Sales (EAS), according to the formula below.

It’s a success hard to replicate, but Voicenotes is a big album on its own with over 5.32 million units to date.

Pure sales of Charlie are near inexistant, but the singer continues to record hits like Light Switch and more recently the Jungkook-backed Left and Right. It brings the album to 1.49 million, a tally that is poised to increase in the upcoming months. 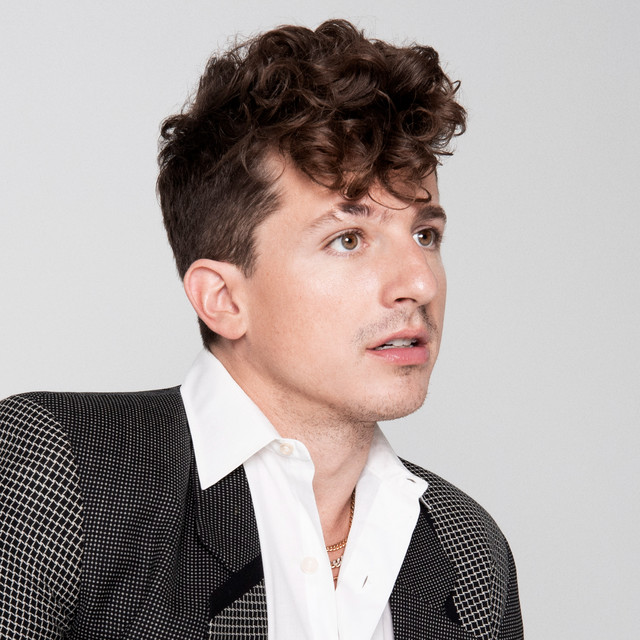 To put these figures into perspective, click to reach career breakdowns of similar artists: 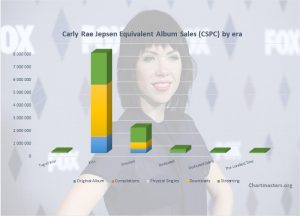 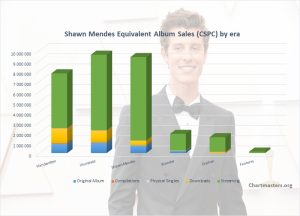 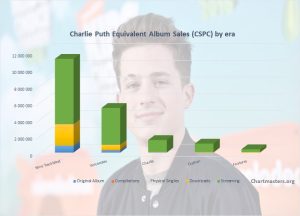 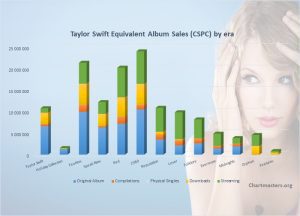 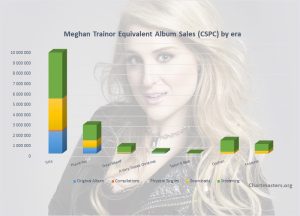 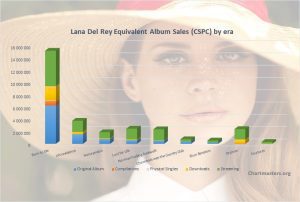 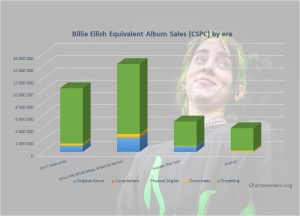 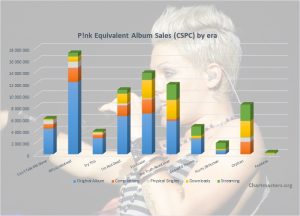 It’s a display issue that we have for albums which contain a track which is a feature. Songs from NTM moved 12m, but See You Again is a feature, so only half of its sales go to Charlie Puth himself and his album, hence the 11.26m total which is the correct value. We’ll need to fix this at some point but it’s not that easy and it requires some database updates as not all the needed data is saved at the moment.

I got a question on Selenas CSPC it says the video streams for QQ (China) is 931 m but on Charlie’s its 217 m which one is correct?

Can you please do Sia and Avril Lavigne??

crazt results for nine track mind! I was expecting around 8m

The calculation for One Track Mind is a bit confusing. Shouldn’t the physical singles section be 2,000 instead of -742,000 units?

Will there be other CSPC articles before Frank Sinatra’s is done?