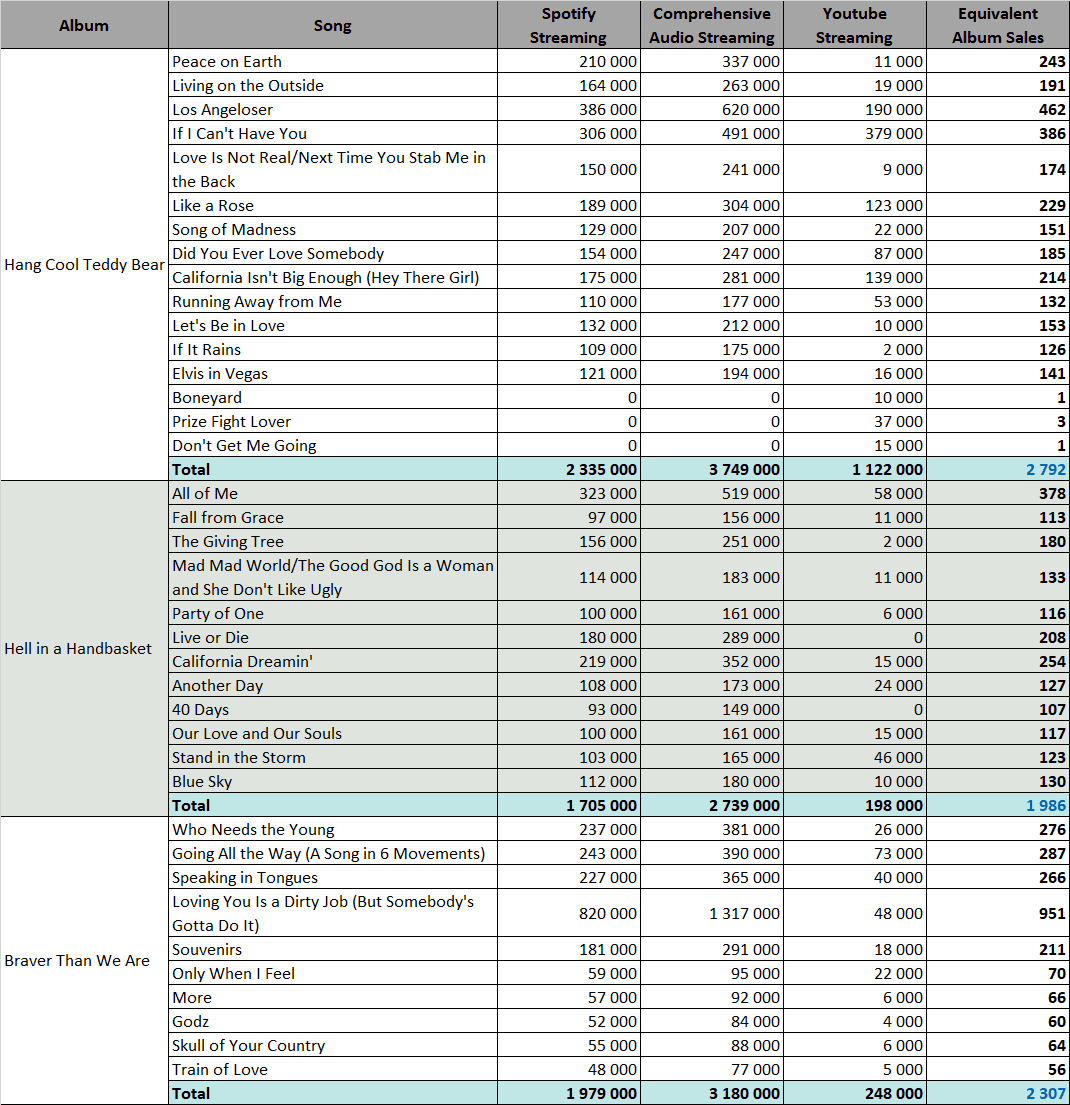 Well, do I need to comment? It’s seems impossible that Braver Than We Are was released in 2016 considering how low its streams are. It’s true though.

These figures reveal something that’s also visible on Meat Loaf‘s album sales violent ups and downs: he has no fan base. There is very few people out there excited to hear his new songs. Indeed, they liked some tracks or albums, but close to nobody would present himself as a huge Meat Loaf fan.