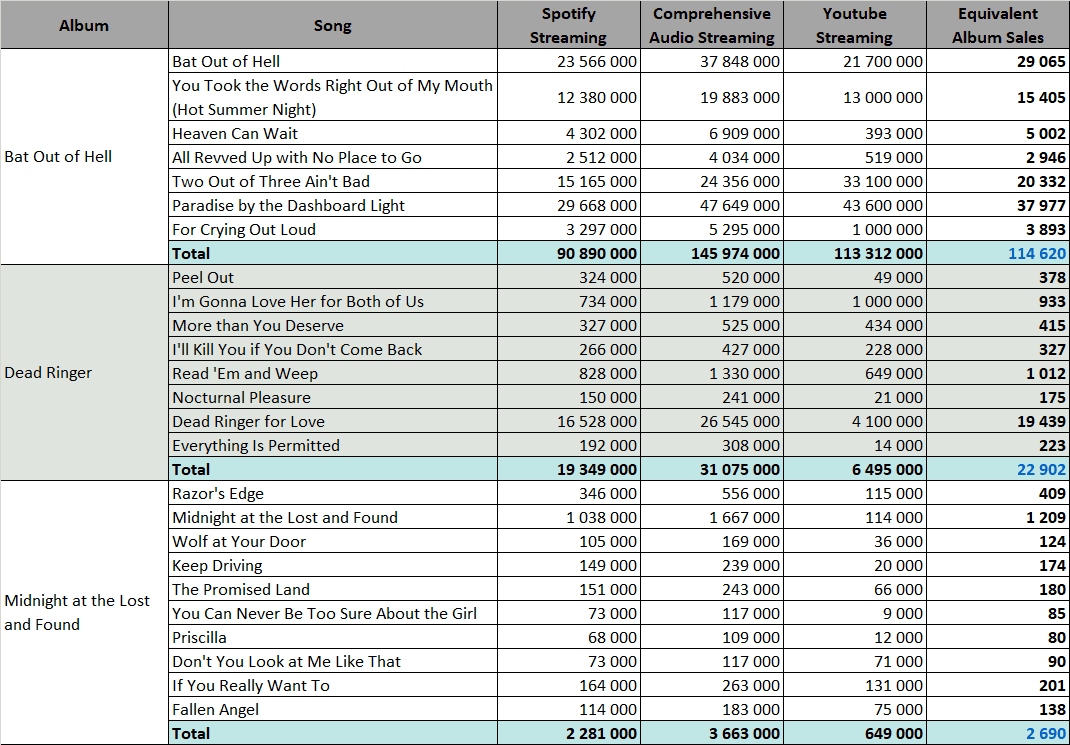 Streams of Meat Loaf are rather disappointing. Obviously, his target audience isn’t the most fitting to streaming users. Also, the lenght of his tracks don’t make it easy either. The two most streamed songs from Bat Out Of Hell, the title track and Paradise by the Dashboard Light, last a whopping 18:16 minutes together. This is a huge handicap to be featured into playlists.

We can notice it with streams of Dead Ringer for Love. The duet with Cher is arguably nowhere near as popular as the 4 main songs from Bat Out Of Hell but has similar streams on Spotify. It’s more traditional length of 4:21 minutes make it easier to be included on playlists and subsequently gain healthy streams.