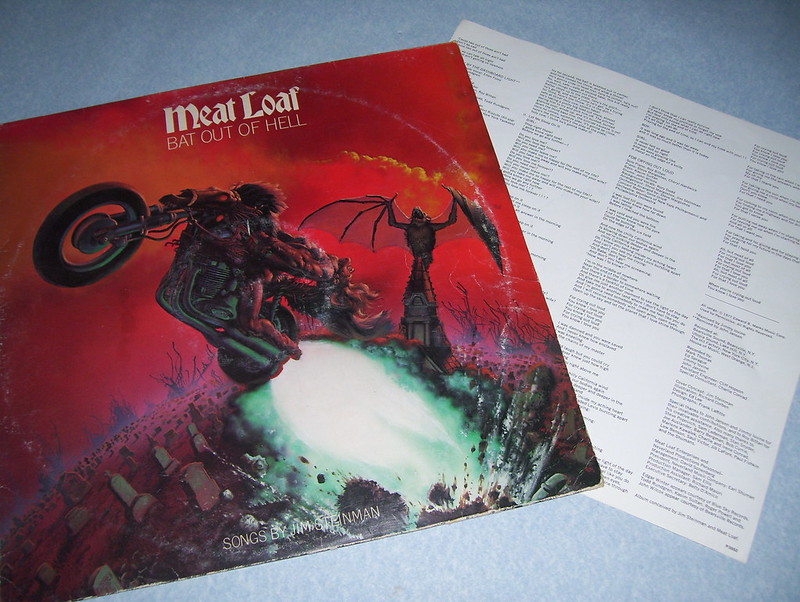 I suppose that’s the point where I have to mention Jim Steinman. He was the composer of Bat Out Of Hell, while Todd Rundgren produced it. The former along with vocalist Meat Loaf spent years recording and producing this record. Mocked by most of the industry, they ultimately got a deal with Cleveland International Records in 1977, a tiny independent record label that was founded that same year.

The success of the album led the Meat Loaf / Steinman pair to much legal dispute. Although they teamed again for the album Dead Ringer, the rest of the 80s was a never ending struggle for Meat Loaf. His new LPs sold chaotic numbers, all of them being outsold by the catalog record Bat Out Of Hell during their year of release. Steinman was more successful during this period, composing several hits for Bonnie Tyler including the classic Total Eclipse of the Heart.

When the performer and the composer reconciled several years later, they decided to release a new album together. When Bat Out Of Hell II was announced, that created some interest but mostly jokes. If many doubted it could be anywhere near as successful as its predecessor, people were curious to hear the record. The single I’d Do Anything For Love was soon a gigantic smash, leading the album to over 12,7 million sales to date.

The story was repeated a second time. Subsequent albums, with little to no input from Steinman, sold less and less. The composer got some nice cash backs thanks to the cover of his song It’s All Coming Back To Me Now by Céline Dion.

In 2006, Meat Loaf sued the composer once again, this time because he registered on his side the sentence Bat Out Of Hell and tried to cancel the release of Bat Out of Hell III. They ultimately find an agreement and the record came out with It’s All Coming Back To Me Now being used as a single. While it sold more than twice its direct predecessor, it sold much less than the first two volumes of the trilogy.

A lot of drama spread through 40 years result into a healthy 47,9 million pure units for this 12 albums. Bat Out Of Hell I and II account for 84% of this total.