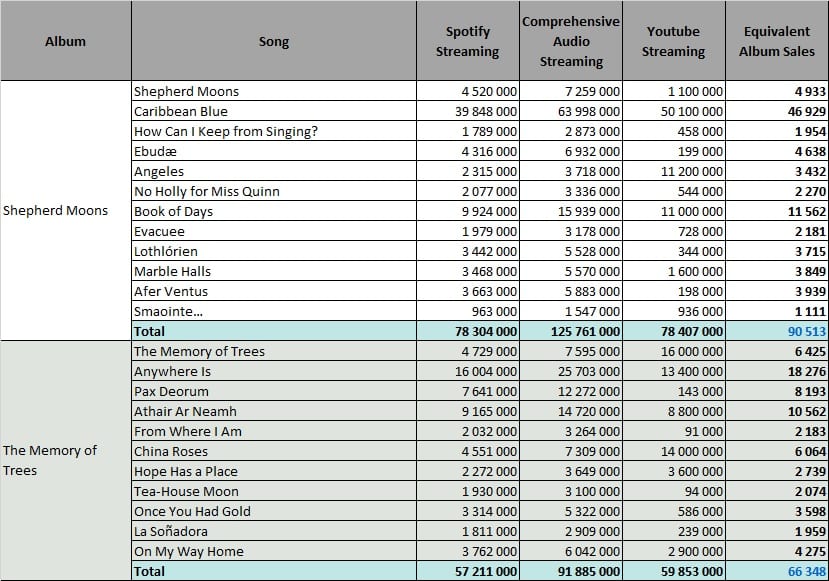 If Watermark opened doors in her career, she consolidated it all with the following longplays which are all properly reflected in streaming platforms. Shepherd Moons and The Memory Of Trees add an extra 90,000 and 66,000 equivalent albums sales respectively to her already massive numbers, with Caribbean Blue emerging once again as a standout track for her, almost topping the 40 million mark like Orinoco Flow and explaining much of Shepherd Moons‘ appeal, whereas Anywhere Is ranks as the strongest song from The Memory Of Trees with 16 million streams via Spotify and 13 million views on YouTube.