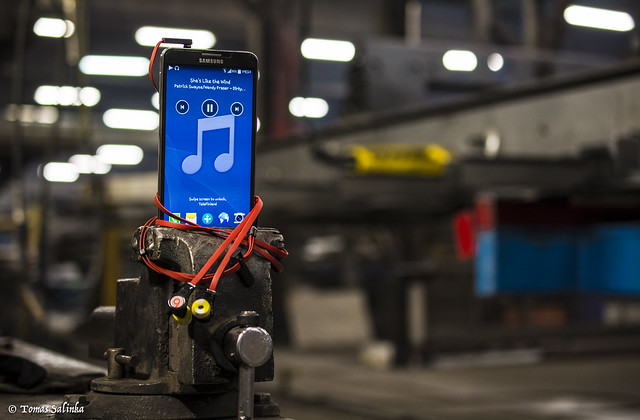 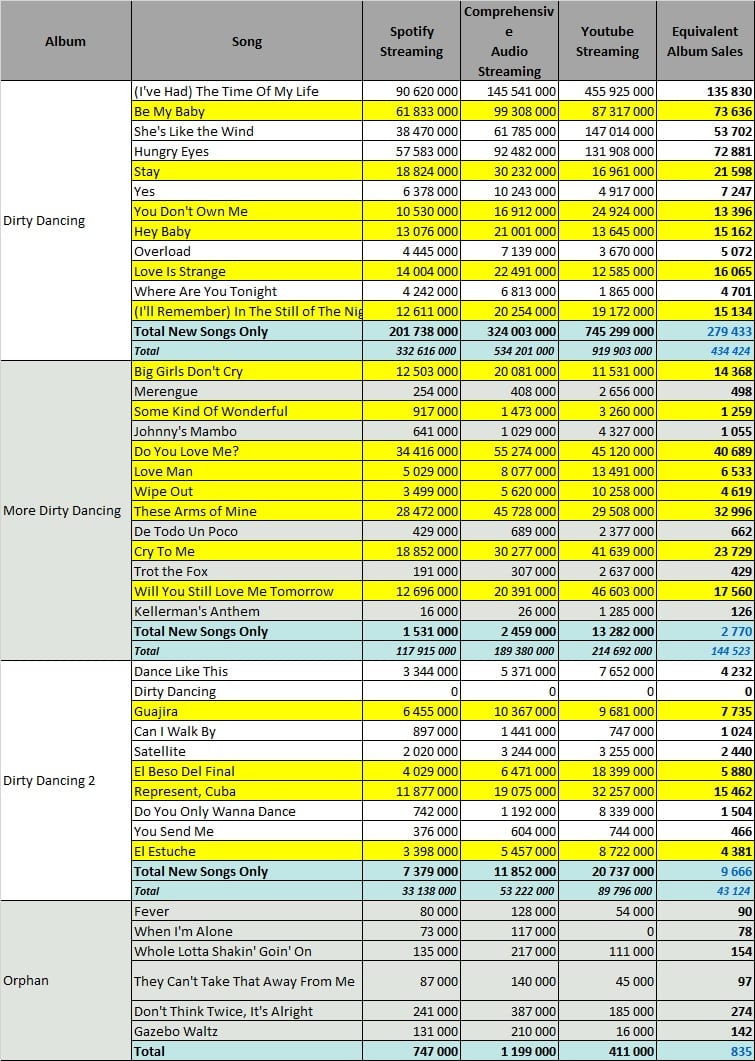 Of all the new songs, (I’ve Had) The Time Of My Life appears, yet again, as the most successful and enduring song with over 90 million streams via Spotify, meaning that it won’t take long before it reaches the 100 million milestone. She’s Like The Wind and Hungry Eyes, at 38 and 57 million streams respectively on Spotify, are both in good shape and comparatively better than in the digital download avenue.

Songs highlighted in yellow are old songs released originally before the Dirty Dancing project and are therefore excluded from the soundtrack’s CSPC.