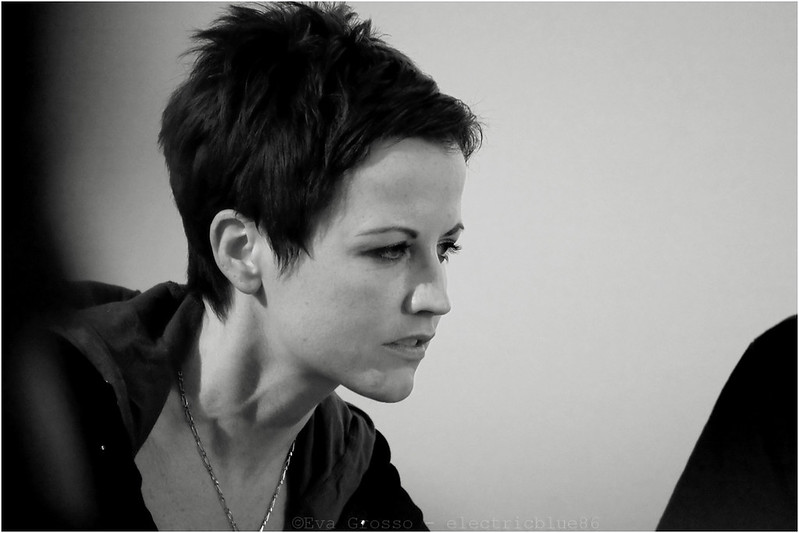 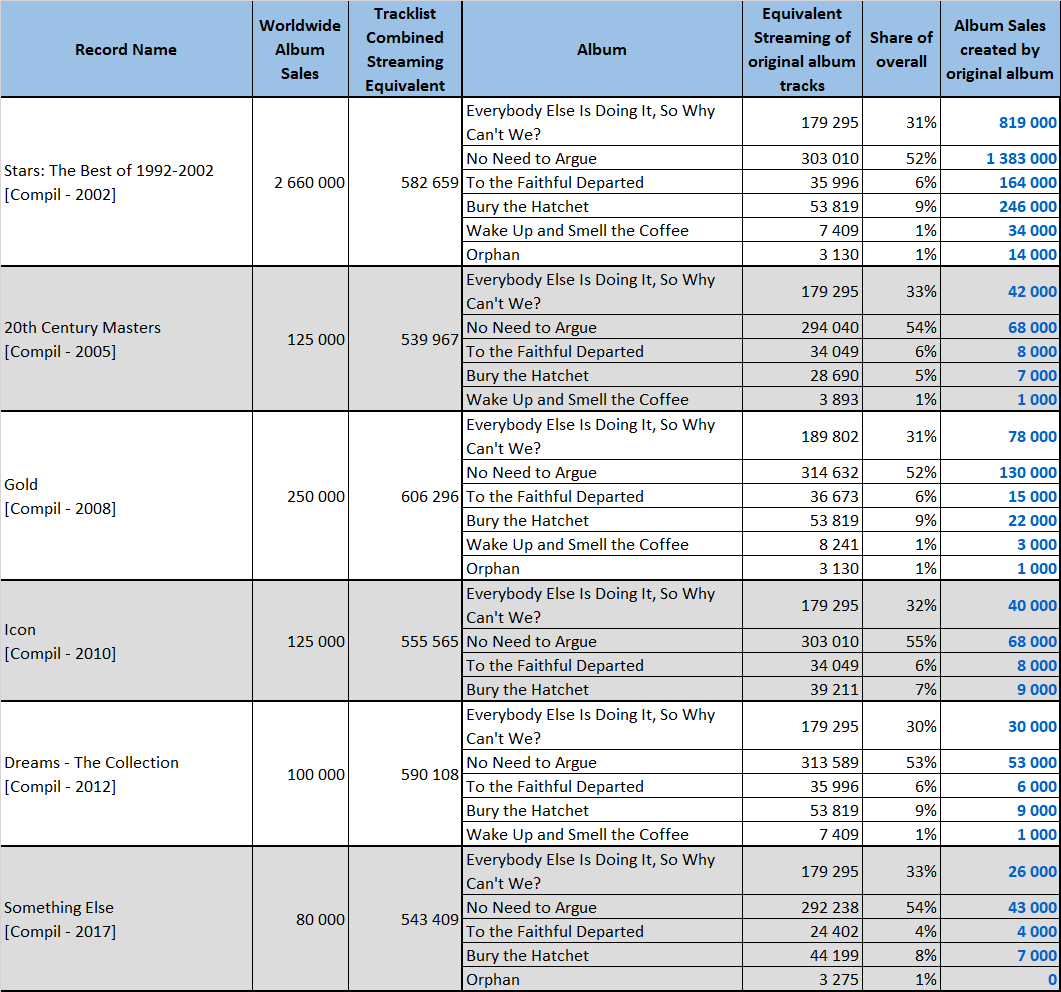 How to understand this table? If you check for example the Stars: The Best of 1992-2002 line, those figures mean it sold 2,660,000 units worldwide. The second statistics column means all versions of all the songs included on this package add for 583,000 equivalent album sales from streams of all types.

The second part on the right of the table shows how many equivalent streams are coming from each original album, plus the share it represents on the overall package. Thus, streaming figures tell us songs from the No Need to Argue album are responsible for  52% of the Stars: The Best of 1992-2002 track list attractiveness. This means it generated 1,383,000 of its 2,660,000 album sales and so forth for the other records.

Since very few songs represent the overwhelming majority of the catalog strength, the distribution pattern of sales is almost always the same with the first two albums accounting for 85% of all sales.