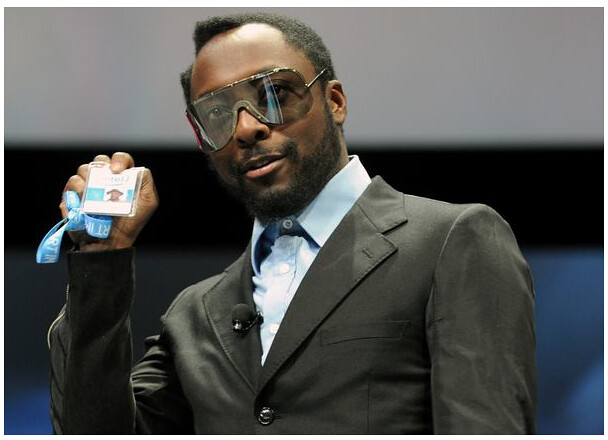 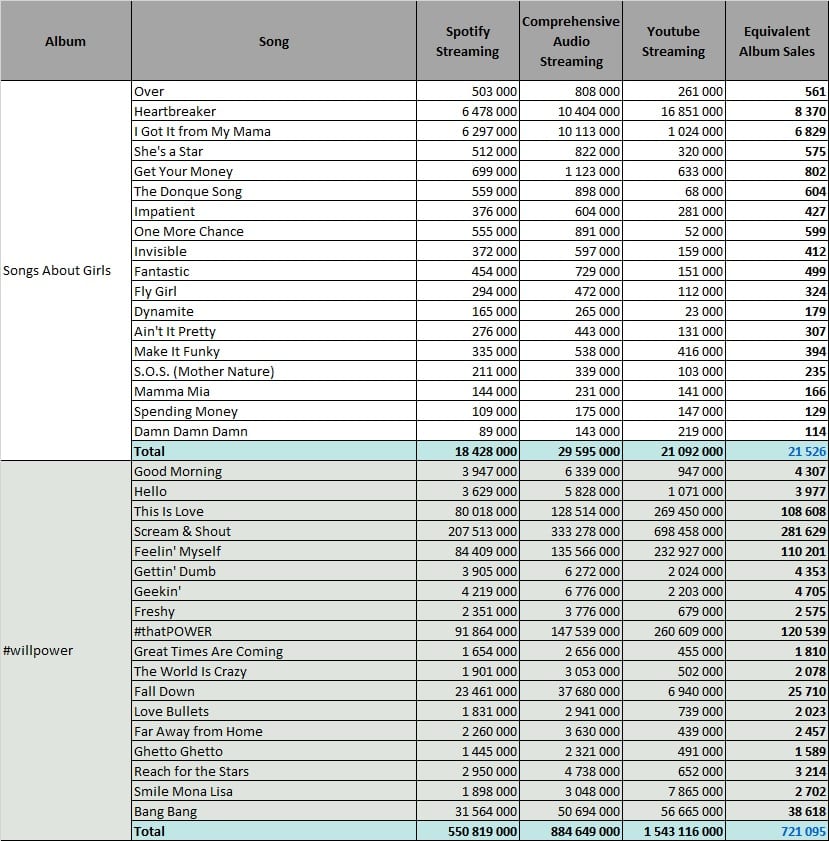 Both Heartbreaker and I Got It From My Mama have 6 million Spotify streams, although only the first song has relevant YouTube views. Although low, this number isn’t that bad considering they weren’t hits in the first place.

#willpower contains 3 songs on 80-90 million Spotify streams and 230-270 million YouTube views. Scream & Shout is more than two times bigger. This isn’t record-breaking considering this era was alive in 2013/2014 when streaming was already becoming a big deal although, those results are still very solid. They represent 721,000 equivalent album sales, more than it sold in the original album format.