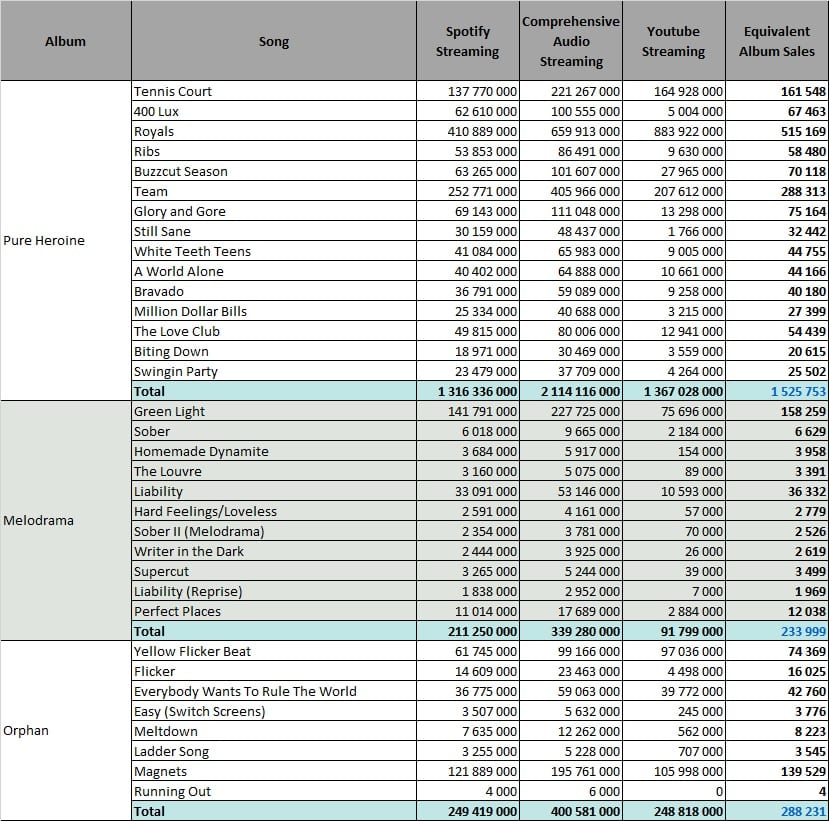 The positive indicator for Lorde’s upcoming results is the strength of Pure Heroine streams. All songs from the original track list are over 30 million plays at Spotify, Royals has an impressive 411 million streams while Team is on 253 million. The main single has a more preeminent role on YouTube with nearly 900 million views out of a 1,37 million total for all songs from the album.

Overall, those streams, both audio and video, add for 1,526,000 equivalent album sales, an insane total for a 2013 album. Melodrama, widely deemed a disappointment so far, is already up to 240,000 equivalent album sales too. There is no need to say all these figures are very promising for the upcoming years in spite of the current difficulty to find a place on radio playlists.