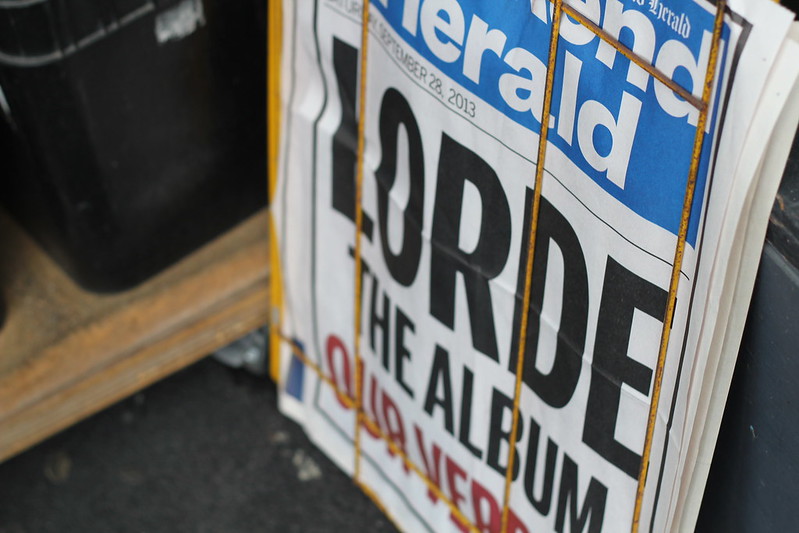 If you follow charts closely, you will certainly know that Pure Heroine was certified for 2 million sales in the US in December 2014, and shipped 3,4 million copies Worldwide in 2013 plus 2014 as per the IFPI. Both figures would suggest at least 3,6 million sales as of today.

Why am I contradicting both the RIAA and the IFPI, arguably the two most reliable recording industry organizations of the World?

To date, retail sales of Pure Heroine in the US stand at 1,67 million according to Nielsen Soundscan. They were under 1,5 million with very few copies remaining on the shelves at the time. The 2xPlatinum award of the RIAA happened on December 2 2014, exactly the same day Ariana Grande‘s My Everything went Platinum, while that album too was half a million short of the award sales-wise. Both are albums from the label Republic Records.

If this mystery remained alive until today, the explanation is rather simple. At the time, Google was trying to promote its download platform Google Play against giants iTunes and Amazon. To do so, they used various marketing buzz tools, including offering for free one very popular item every week such as the Guardians of the Galaxy movie. Those offers included My Everything from September 23 to September 29 and then Pure Heroine four weeks later. Given available information, it appears that roughly 600,000 units were enjoyed by the platform users at the time.

I’m sure you are thinking, how the hell were free copies accounted for by both the RIAA and the IFPI?! Quite simply because from a music industry point of view, they weren’t free. Despite users not having paid one cent for them, Google however did. They bought the copies from Republic Records just like any other copy bought by iTunes, Best Buy or Wallmart, thus the retailer price was valid as per the RIAA policy.

A small clarification, the figure for Melodrama is an estimation of its to date shipment. As it just came out, the gap between sales and shipment is still relevant, but it will be fulfilled in a matter of weeks.