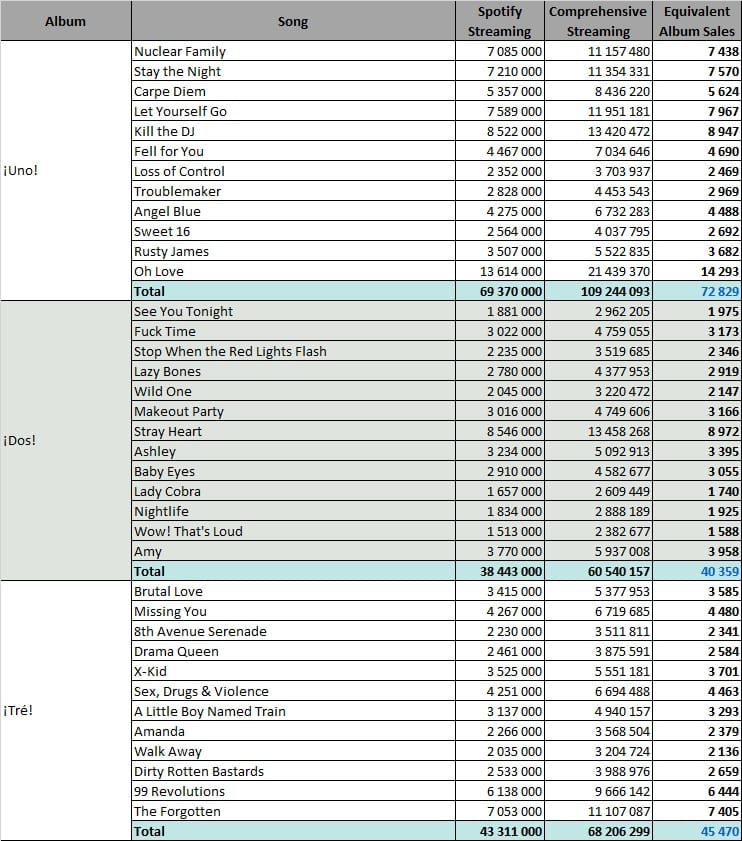 The issue with the release of a trio of albums themed after each other is that, once the first one bombs you will be unlikely to bring additional visitors to the boat with volumes 2 and 3. Add to that people feeling ripped off by the idea of paying for 3 records, even before buying the first one, and you get an awful atmosphere in which to try and be successful.

Streaming was seriously starting to increase in 2012 / 2013. Still all these albums perform rather poorly on this format. All the songs are over 1 million thanks to this favorable market, but the biggest track of all is Oh Love at 14 million only. Equivalent album sales of Uno, Dos and Tré are respectively on 73,000, 40,000 and 45,000 units.