Let’s go back to our first love! During the first quarter of 2016, we went on to define the best selling albums of all-time in France. As many as 168 artist albums entered that countdown covering all million selling LPs. In order to be END_OF_DOCUMENT_TOKEN_TO_BE_REPLACED

This week some 15 years ago, French Album Chart saw an album debut in a big way at #1, Chansons Pour Les Pieds by Jean-Jacques Goldman. Far from a surprise, this result was logical as since the artist breakthrough in the 80s everything he released was a surefire #1 record, including his live albums. The surprise comes from END_OF_DOCUMENT_TOKEN_TO_BE_REPLACED

Released following the 2001 Christmas week to benefit as much as possible from the TV show final episode, L’Album (also titled Les Reprises) by Star Academy 1 sales broke all expectations. Despite a first week truncated to three days only, it was still enough for it to sell about 130,000 copies, reaching in such a short period #85 of the year.

END_OF_DOCUMENT_TOKEN_TO_BE_REPLACED 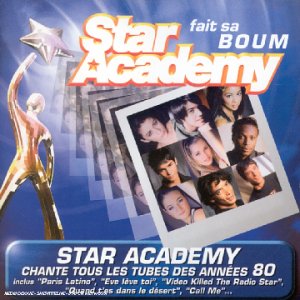 If one start looking for the most widespread link between all French million selling albums of the last 20 years, his conclusion will definitely be a three-letter one: TF1. French Media environment has this particularity of being extremely dominated by the first TV channel. The only one available during many years in the past, the average 40+ music consumer of French variety has the habit of mixing “television” and “TF1”, there is no other channel for a large part of the country.