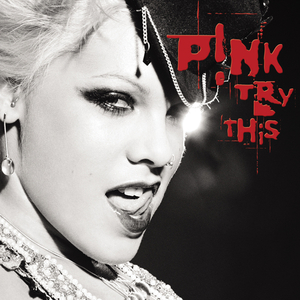 While M!ssunderztood had 23 weeks Top 10 in the US and 31 in UK selling 7 million units in both countries combined, P!nk third album Try This had only one on each, its debut week.

This flop isn’t surprising if we consider the previous album had four big hits while the new one had three minor singles. If in France Try This sold less than its predecessor too and its only single which charted peaked at #74, it hasn’t bomb as much as elsewhere. Debuting at #12 in early November, the key feat achieved by the record was remain Top 50 for Christmas when sales completely explode in France, even more than in other countries. Thus, Try This was #118 of the year with over 95,000 sales. It crossed the 100,000 milestone in early 2004 before dropping out of charts for good.

In January 2005, Get The Party Started Redman remix was released only in France. The single went #4 in France, the first Top 10 record of P!nk in the country.