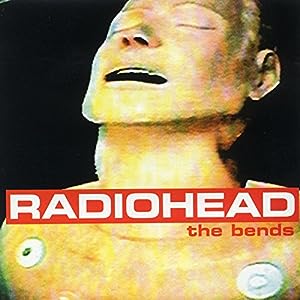 Since the initial release of Pablo Honey wasn’t that strong, the fan base of Radiohead was still too weak in France to enable The Bends debuting inside the very closed French Top 50 Album Chart.

Quickly, this album gained attention as singles coming out were praised by everyone who got exposed to them. High & Dry / Planet Telex, Fake Plastic Trees and Just were all Top 20 hits in UK and all received some airplay in France. If the album was still failing to make its chart debut, it was still selling an estimated 1,000 copies a week. Fourth single Street Spirit (Fade Out) was then issued in February 1996. It went #5 in UK, topping Creep peak position of #7. It sent the album up to #4, up from its #6 peak on debut week one year earlier. In the US the album topped its previous #147 peak by hitting #88.