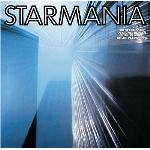 Starmania started everything. The incredible success of this musical over two decades, with impressive results by the original set as well as related new releases in mid-90s pushed its author Luc Plamondon to create a new musical, which concluded on Notre-Dame De Paris, an even bigger success.

After noticing this unbelievable smash from 1998, all majors contracted lyricists, composers and dancers to create their own musicals. Some were successful, some weren’t, but both Roméo Et Juliette and Les Dix Commandements were everywhere in 2000.

If we talk about worldwide-sales, Celine Dion’ s “S’il Suffisait D’Aimer” album is the second best-selling french album of all time, behind “D’eux”

Waiting for France best-selling music artists of all time list.

No Gilbert Bécaud, no Yves Montand, no Avril Lavigne….:)