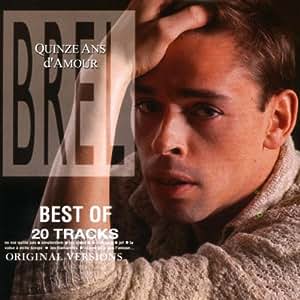 As he was massive when album sales were a mess, Jacques Brel isn’t as big as a seller overall as the likes Johnny Hallyday or Michel Sardou. In French culture, you won’t get a more legendary singer than him though. Possibly the most respected artist ever, that love comes in part from the cult live vocal performances. A decade after his 1978 death, his biggest songs got assembled in 15 Ans d’Amour, the first major selling album in CD format in France. Nearly three decades later, it continues to be purchased every week, managing 9 weeks inside the Catalog Chart, one of them as high as #20.