One of the most successful albums of the last 10 years, Mon Paradis suffered a huge dip in form in 2016. By 2011, the album was still charting during various months. Having all your singles present in 2 big #1 live albums doesn’t help though. It was supposed to do well in 2016 with Christophe Maé fourth album coming out, a new release which isn’t a flop by any means with multiple weeks at #1 and already 8 continuous months inside the Top 40. Yet, Mon Paradis returned for one week only at #183 in parallel of that new album debut. With more than 2,5 million sales overall of the various records containing this album singles, it isn’t that surprising to see it slow down though. 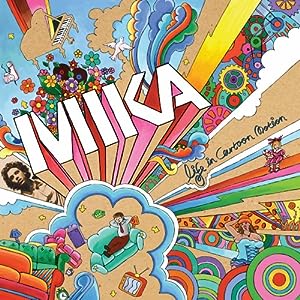 As for various other artists France has been a very loyal market for Mika ever since he destroyed everything in 2007 with his debut album Life in Cartoon Motion. His last 2015 album was the first to miss the top but still made it to #2. An evidence of that impressive popularity, in 2014 a 2CD package of Life In Cartoon Motion and 2009 follow up The Boy Who Knew Too Much charted at #9. The stand-alone version of 2007 set also charted in both 2014 and 2015 helped by active promotion for his last record. Year 2016 has been much softer even if the album still went to #82 in the Catalog Chart.