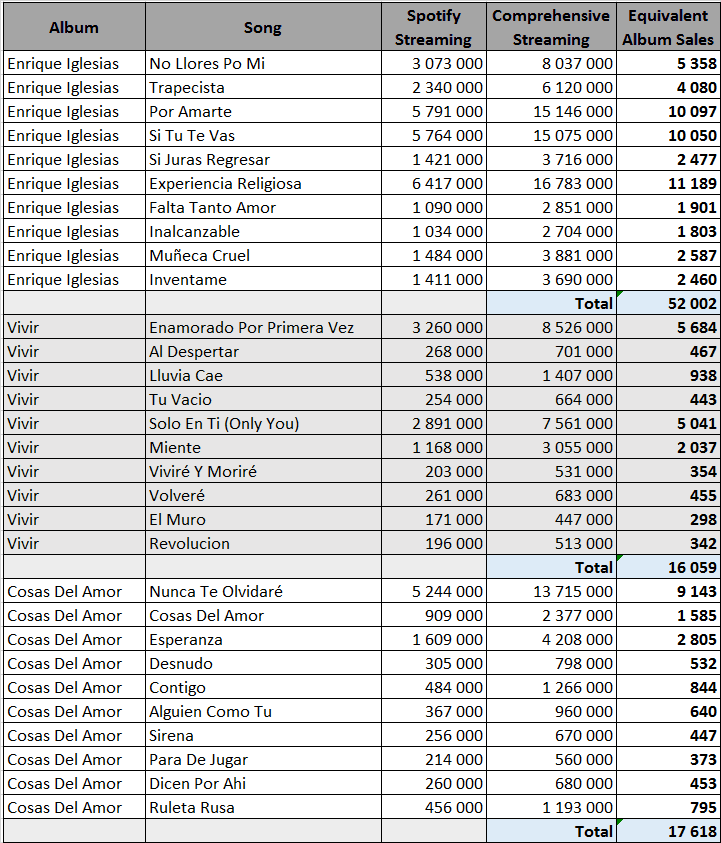 While the third album doesn’t seem to be very well remembered – except for Nunca The Olvidaré -, the first two ones have a bunch of very successful hits, especially Enrique Iglesias, his first output. His debut provided him with over 50,000 equivalent albums sold and all of its track, including non-singles, have reached at least 1 million streams on Spotify.