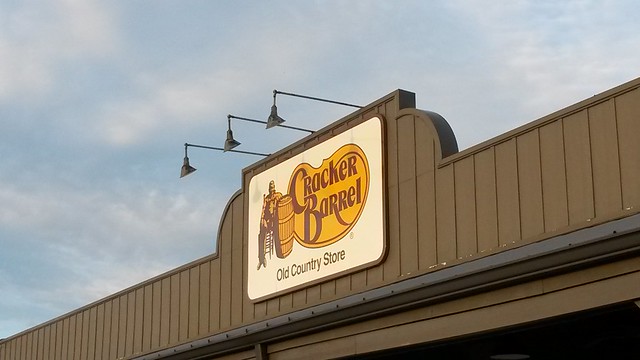 The label Razor & Tie started in the same way as Time-Life, selling music by direct-marketing on the back of strong TV presence. The label was nowhere near as big though. Created in 1990, they opened a retail label counterpart in 1995. Until Monsters Of Rock in 1998, they never issued albums on both sides, by direct marketing and at retail.

The only Presley release by them was Christmas with Elvis in 1997. It was sold by direct-marketing only. Consequently, just like Time-Life items it wasn’t part of Soundscan panel. Cliff Chenfeld, co-owner of the firm, stated on previously linked Billboard article that Monsters Of Rock had sold 150,000 units by direct marketing and that along with its partner Monster Ballads they were “far and away Razor & Tie’s most successful direct-sales albums to date”. All in all, anything over 50,000 would be unrealistic for Christmas with Elvis.

Undoubtedly the lowest profile series of Presley records, there have been 5 releases from Green Hill at the start of the millennium. While Tony Galvin claimed that BMG stated a 100,000 plus figure for the Gospel CD included, there is no official confirmation of that number. Instead, even accurate release dates of these albums are hard to find.

One more direct-marketing series, this one was nowhere near as relevant as the one of Time-Life. First, the cannibalization effect worked against it since Time-Life issued very similar packages only a pair of years earlier. Second, the strength of Greenhill Music was fairly weak. It was a sub-branch of Spring Hill Music Group. The later promoted itself by the tagline “Billboard #4 biggest independent Classical label” which, let’s be honest, is unimpressive more than anything. By 1996, the entire label had sold 500,000 units in 6 years of existence. The flagship series of the parent company was a Mozart-themed 3 CD series which sold close to 400,000 units combined. Most articles covering their successful releases highlight 10-30,000 units sellers.

There is only two things that are safe about these 5 albums – that they weren’t tracked by Soundscan and that they are very poor sellers by Presley‘s standards. Just like all series with themed discs, we can safely expect the gospel title to have outperform the others, followed by the Christmas effort.

Interestingly, Greenhill issued in 2005 a pack with 3 of the original CDs before removing these records from their catalog. What’s really interesting is that this pack including titles Movie Songs, Love Songs and Country Songs, arguably the weakest ones. Why so? When licensing rights of recordings, the owner requires a minimum order, which used to be generally 25,000 units for big direct-industry actors. Everything suggest that the 3 CD pack came out to discard some unsold units.

In 2001, Provident Music licensed 5 Presley albums too, known as the Gospel series. With them we aren’t speaking about direct-marketing albums anymore. Instead, Provident Music was the then new Christian stores branch of BMG. These stores were book stores more often than not. As albums sold at retail, they were eligible for Soundscan, but most of these retailers were outside of the panel.

As many as 9 of their albums have been awarded by the RIAA, on various different years. Had Presley‘s recordings made it to 500,000 units, there is no doubt they would have been certified too by now. They aren’t weak sellers as Greenhill discs though. In fact, Michael Omansky made the following statement:

That’s 100,000 units shipped per disc as of 08/22/2001. By then, there was indeed two albums of these series that had been available for sale, Nearer My God to Thee and He Is My Everything, both issued on March 13, 2001. We should always be careful with Omansky’s claims but even if the rounding can be a bit liberal, there is no doubt these albums were relevant. All 5 were issued over a 6 months period and all likely did well since Presley‘s biggest Gospel songs were well balanced into them. They weren’t sold for a long period though.

Primarily a chain of restaurants, Cracker Barrel’s venues also include gift stores themed around Southern country. The king released various country songs along his career, opening the door to that highly valuable segment of the American market.

In 2004 the chain issued a series of American Legends albums from many classic US singers. By August 2005, when a dozen of such albums had been released, they had sold a combined 400,000 units. Two of them were Presley‘s discs, one with standard songs and the second with Christmas favorites. Both would have sold from 25,000 to 50,000 units a piece, tending towards the latter figure with ongoing sales after mid 2005.

From 2008 to 2014, 3 more Cracker Barrel albums related to Presley were issued. Obviously, the ever-decreasing physical format undoubtedly limited sales of the most recent packages.

While we have a good idea of sales from these 5 records, we still need to wonder if these sales are accounted for into the artist total of 39,5 million Soundscan sales. The answer: they aren’t. The article stating 400,000 sales for the initial series already gives a good indication of that since they quote Soundscan figure for all non-Cracker Barrel releases and then quote the company directly for their albums. The article also points out 125,000 sales of the Alison Krauss + Union Station compilation from 2005, Home On The Highways (Hand Picked Favorites), in only 2 months. That album never charted. It still doesn’t completely answers our question though. As a Cracker Barrel exclusive, even if it was scanned the album wasn’t eligible for Billboard rules that were changed in 2007 only after the release of policy due to the Eagles‘ Long Road Out Of Eden.

Because of that old chart rule, firms like Cracker Barrel, Provident Music, Greenhill Music, etc, saw no point in providing Soundscan their sales figures. The late 2007 shaker changed this situation with chains of exclusives starting to report data. In 2009, Cracker Barrel joined the tracking system through their Dolly Parton release.

We notice that both Presley releases from 2011 and 2014 still failed to chart in spite of being eligible. The point is that Cracker Barrel, apart from special occasions, sells very few music. In 2008, that accounted for only 2% of its $50 million revenues. Considering the price of each album, that’s less than 100,000 records sold per year. It equals to about 10,000 units per new release and a pair of thousands from back catalog titles still available.

A total of 1,110,000 units estimated for this set of albums, among which only 110,000 have been tracked by Soundscan, and none certified by the RIAA. While these releases don’t add in the dozens of millions as often claimed, it’s still absolutely stunning to see how many units were moved by Presley from 1997 to 2004 on top of his regular albums, themselves already strong sellers.