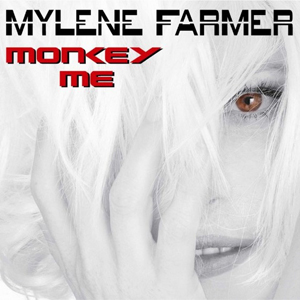 More and more #1s. Only one single that time, the lead one A L’Ombre as the – very late – inclusion of digital sales made it harder to top the Singles Chart with physical sales due to fans. In fact, after hitting #1, the single dropped to #21 the following week. Monkey Me single went #3 before collapsing to #61 while Je Te Dis Tout went #3 too before dropping to #45. The healthier market made clear what was already obvious for several years – chart peaks of Mylène Farmer singles were travesty results.

Monkey Me album too performed very exactly like its predecessors with a strong #1 debut and then fast drops. It sold more than 300,000 units after only one month of sales.

An interesting point is that the artist sales were getting so much frontloaded that her releases started to come out closer and closer to Christmas to set an extensive promotion within’ the hottest calendar period. As unreal as it seems, this was also done to enable fans buy multiple copies of her albums, for them and to offer as gifts. A music industry standard is to release albums at the latest in mid-November to benefit from the full Christmas season and let the single establish itself in radio. Mylène Farmer specific sales pattern led her label to release each 2009-2011 releases N°5 On Tour, Bleu Noir and 2001-2011 in the first week of December, 2012 release Monkey Me came out in the second week of December. 2013 release Timeless 2013 was even more extreme coming out in the third week of December just in time for Christmas. It debuted at #2, collapsed and completed its run at 160,000 units.