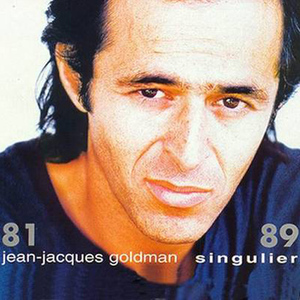 Singulier was the first compilation of Jean-Jacques Goldman. Surprisingly, it left out his Fredericks Goldman Jones years, compiling only his 1981 to 1989 material.

There isn’t much to say about this release. In fact, no single had been exploited. It was released in August, not even trying to cash-in for Christmas. The pop star is just such an unstoppable machine that Singulier still did wonders. Speaking the 17 weeks separating its release from the end of the year inside the Top 3 of the Compilation chart, the record topped the ranking for 13 weeks. Even when issued in August, his albums were still able to be #1 during the holiday season.

The record just kept selling incredibly well all over 1997 until reaching 1 million units sold by January 1998 when it was certified Diamond.

Obviously, this record strongly downgraded catalog sales of previous albums from that point while on its side it became a perennial seller.